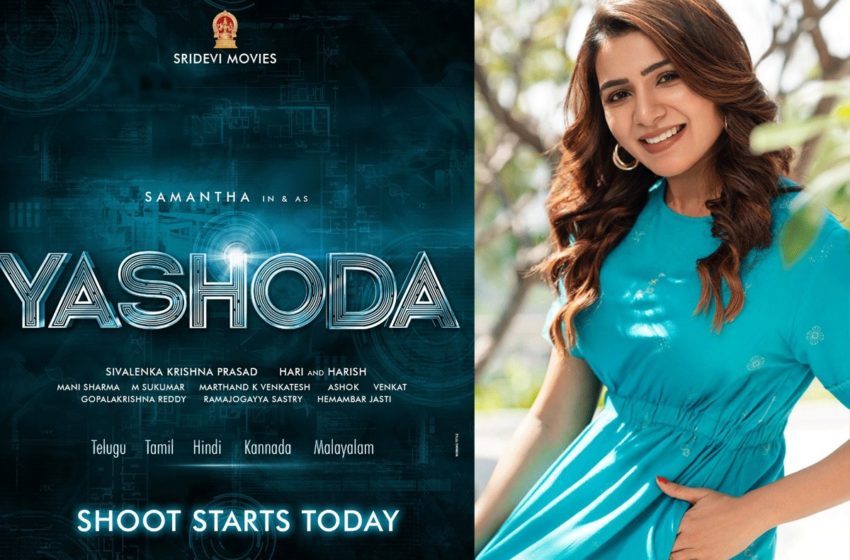 Samantha Ruth Prabhu has started shooting for her next film titled ‘Yashoda’. Directed by filmmaker duo Hari and Harish, the movie will have Samantha in the lead role. As per news reports, the film has officially gone on floors in Hyderabad. The much-awaited multi lingual film is expected to be a suspense thriller, state the latest news reports.

The film is reportedly very unique in its approach and varies from the previous flicks of Samantha. It is produced by Sivalenka Krishna Prasad under the banner of Sridevi Movies. The shooting of ‘Yashoda’ will be wrapped up by the end of March 2022. Mani Sharma is on board as the music composer for the project, while M Sukumar is handling the camera. ‘Yashoda’ will release in Telugu, Tamil, Kannada, Malayalam, and Hindi languages.

Samantha was last seen opposite Sharwanand in ‘Jaanu.’ The fans and followers of the actress are eagerly waiting for the film. The fans have been waiting to watch the actress back on the big screen.

She has also signed to shake a leg with Allu Arjun in a special song in the upcoming release ‘Pushpa: The Rise.’ She has already wrapped up shooting of Gunasekhar’s mythological magnum opus, ‘Shaakunthalam’. Samantha has also debutant Shantaruban Gnanasekharan’s bilingual film in her kitty.