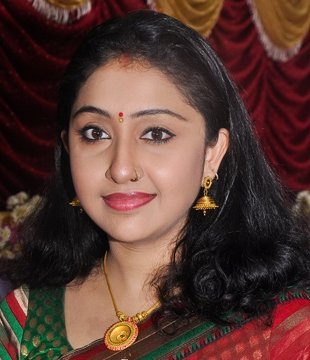 Actress Nithya Das is all set to make her comeback to the Malayalam film industry as the actress recently took to her Instagram handle and posted a motion poster of her upcoming Malayalam psycho horror movie ‘Pallimani’. haring the post, Nithya Das penned a note that read:” My new movie #need your blessing #pallimani”.

The post was suddenly flooded with comments from celebrities and fans. Actress Manya Naidu commented:” All the best darling, So proud of you”. One of her fervent fans wrote: “The only actress in my life who took me in her hands…. When I was a baby…. Great love from Kunnamangalam… Calicut… “with a loving hearts emoji. Vineeth Sreenivasan will be huming one of the major songs in the film.

Nithya Das is popular among Malayali’s as ‘Basanthi’, the character which she played in the comedy hit film ‘Ee Parakkum Thallika’ starring Dileep and was released in the year 2001. The film was a humongous hit and the actress Nithya Das got much appreciation from the audience for her role in the film as ‘Basanthi’.

Later she appeared in several Malayalam films such as ‘Nariman’, ‘Kunjikoonan’, ‘Balettan’ ‘Kanmashi’ etc. After her film ‘Hridayathil Sookshikkan’ which was released in the year 2005, she went on to other industries such as Tamil, Telugu and played pivotal roles.

The Malayali audience is really excited to see one of their favorite actresses making a comeback to the industry and the anticipation levels for her upcoming psycho horror film ‘Pallimani’ is really high. The film ‘Pallimani’ will be directed by Anil Kumbazha and actress Shwetha Menon will be playing a prominent female lead in the film along with Nithya Das.