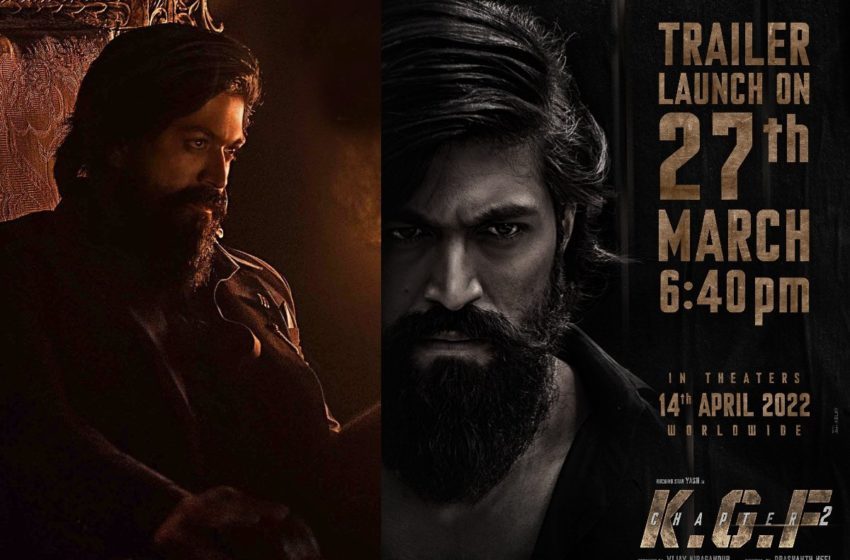 Yash Starrer ‘KGF’ is one of the South Indian films that made everyone turn their heads, and Chapter 1 was a massive hit at the box office. The ‘KGF: Chapter 2’ has been in the making, and the film is all set to release on April 14.

The makers have decided to take off the film’s promotion, and the cult trailer is on the way from Yash.’KGF: Chapter 2′ trailer is set to be released on March 27 at 6:40 Pm, and the Prashanth Neel directorial has huge expectations among fans and cinema stars.

‘KGF: Chapter 2’ has been made as a Pan Indian drama, and the film has Yash in the lead role with stars from across the industry in prominent roles. ‘KGF: Chapter 2’ teaser was released in January 2021, and the fiery video broke YouTube records by gaining huge views of more than 240 million.

‘KGF: Chapter 2’ has been made in Tamil, Telugu, Kannada, Malayalam, and Hindi languages, and it’s going to be the biggest release of 2022. With massive expectations loaded, all eyes are now on the trailer release, and we can expect the trailer to reveal a few glimpses from the film.

The action drama also features Srinidhi Shetty, Sanjay Dutt, Raveen Tandon, Prakash Raj and Archana Jois among others. Ravi Basrur has scored the music and the much-expected sequel produced by Hombale Films is after a 4 years gap from the prequel release.