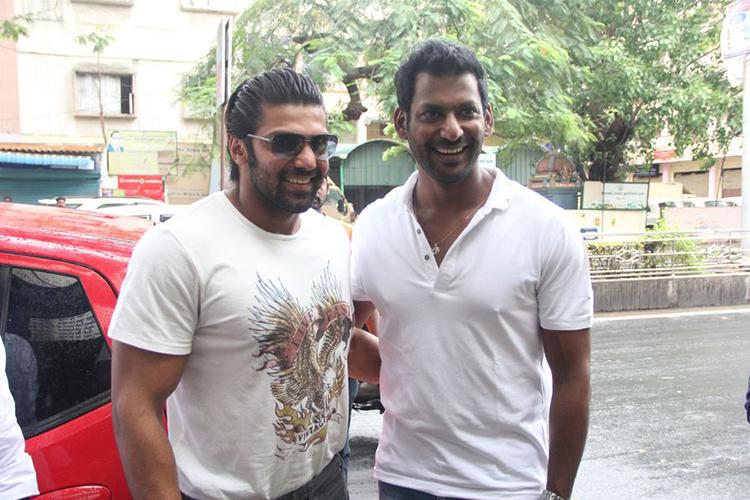 Vishal has teamed up with the fiery director Anand Shankar for ‘Enemy’ and the film shooting was wrapped up a few months ago. Interestingly,Arya will lock horns with Vishal, and the two friends have turned rivals on screen. Now, the latest report is that Vishal has started dubbing for the film. Vishal has shared a short video from his dubbing session to announce the same and has asked the fans to wait and witness a high-octane action movie.

Arya will be joining the dubbing session next, and the post-production work is progressing steadily. The film will be completed soon, and it is expected to release during the occasion of Dussehra in October this year. Accordingly, the action drama will be clashing with several films at the box office as already many films have been planning to release on the same date.

‘Enemy’ features Vishal, Arya,Mirnalini, Mamta Mohandas,Prakash Raj,Karunakaran,  and others in main roles, and the film has been shot in Chennai, Hyderabad, and Dubai. The film is produced by S Vinod Kumar under the banner Mini Studios, and the makers will be launching the film trailer soon to increase the buzz among the audience.