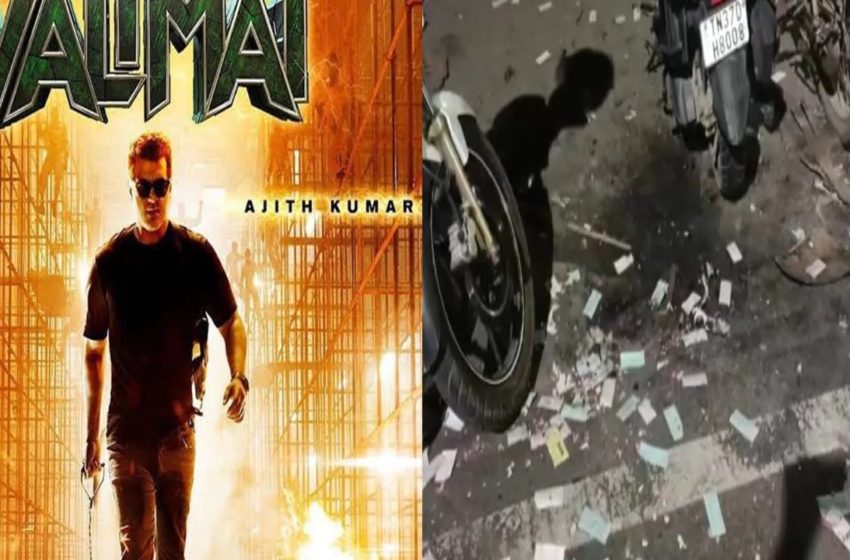 Ajith’s action drama ‘Valimai’ has been finally released worldwide, and apart from Tamil, the film is dubbed in Telugu, Kannada, and Hindi language. Fortunately, there were no casualties as the show was running inside the theatre and the bomb blasted over the no-man land.

However, the police officials have reportedly registered a case against this inhuman attack and have started their investigations. The reason for the attack is not yet revealed.’Valimai’ has been released on more than 20 screens in Coimbatore city, and the film has got special shows too.

However, if reports are to be believed, a petrol bomb was thrown by an anonymous person in front of the theater screening ‘Valimai’. This incident has shocked Ajith’s fans and others at and around the theatre. The reason for the attack is not yet revealed.

‘Valimai’ has been getting massive responses all over, and Ajith has stunned the fans with the cop avatar. The H Vinoth‘s directorial that has a mix of action and emotions is well enjoyed by the fans, and the film continues to get positive reviews. The action drama is expected to break several box office records as the solo release of the day got more screens worldwide.