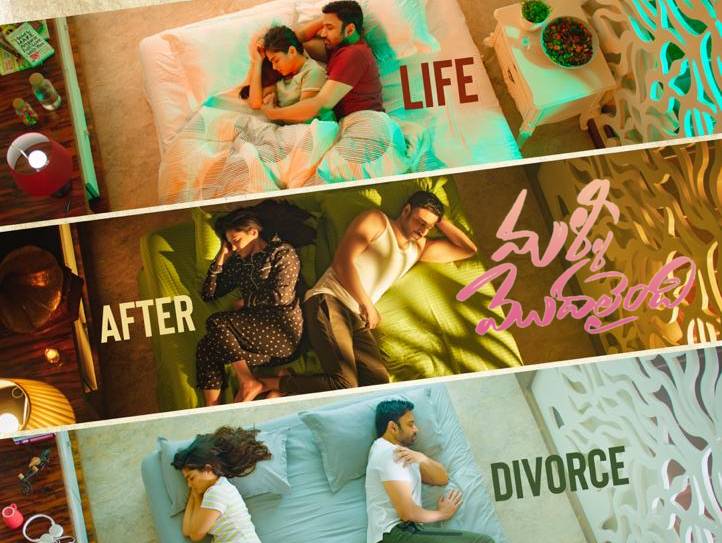 Smanth’s ‘Malli Modalaindi’ trailer landed on Thursday, and, just as makers promised, it promises to be a family entertainer with elements that will tickle your funny bones.

The film’s story revolves around the love story between a divorced man (Played by Sumanth) and a young woman named Pavitra (Played by Naina Ganguly). The story takes a quick turn when the divorced man finds a beautiful woman and falls in love with her. Their relationship results in several hilarious events that change the life of the man. The close to three-minute video also features glimpses of the marital relationship shared between Sumanth and Varshini Sounderajan. Overall, the film depicts an emotionally enriching tale of love after divorce, family bonds and relationships.

Sharing the trailer, Sumanth wrote, ”An unusual family entertainer. A cheeky take on life and love after divorce. #MalliModalaindi.”

The energetic screen presence of the all actors and quirky youngsters make the movie an all-out entertainer. Written and directed by TG Keerthi Kumar, ‘Malli Modalaindi’ also features Suhasini Maniratnam, Manjula Ghattamaneni, Posani Krishna Murali, Vennala Kishore, and others in significant roles. With music by popular composer Anup Rubens and cinematography by Shiva GRN, ‘Malli Modalaindi’ is produced by K Raja Shekar Reddy under Red Cinemas banner. Pradeep E Ragav is in charge of editing the flick. If you are looking for a fun-filled family entertainer, you don’t want to miss Malli Modalaindi.