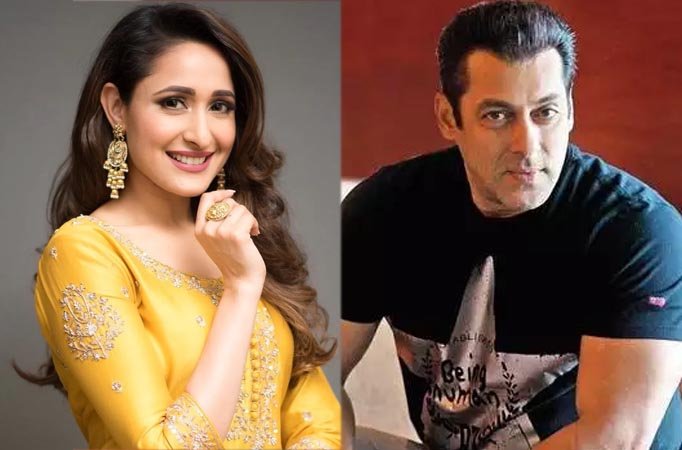 The Salman Khan-starrer Antim – The Final Truth is all set to release this Friday, November 26. Even though the superstar has a limited screen time and despite it being clashing with Satyameva Jayate 2, the film carries considerable buzz. That’s because the trailer of the film has received a positive response. Viewers have loved Salman Khan’s no-nonsense cop avatar, and it’s different from what he has done in films of a similar space in the past. Another factor because of which Salman’s part stands out is that he doesn’t have a romantic lead opposite him. Though Salman has an action star image, his stint as a romantic hero is also much appreciated and he has had sizzling chemistry with several actresses in the past. Yet, viewers have not minded that he won’t be serenading a heroine in Antim – The Final Truth.

However, it has now come to light that initially, the makers had decided that there would indeed be a romantic angle for the track of Salman. In fact, it was Salman and director Mahesh Manjrekar who disclosed this bit. At the trailer launch of the film last month, when a journalist asked about this aspect, Salman had said, “He’s a much better character on his own. If we had incorporated romance and songs, then the character would have got weak.” He then added, “We even shot (the romantic portions). But we removed it to (stay) true to the film.”

Last week, in an interview with a tabloid, Mahesh Manjrekar admitted, “I told Salman that I will write the film. That was my first victory. After I wrote it, there were some apprehensions about selling a movie that didn’t have a heroine opposite Salman. So, I included a heroine’s part and two songs. Later, Salman decided that he didn’t want a heroine or the song. That was my second victory.”

So who exactly was this lucky heroine that got a chance to romance one of the biggest superstars of Bollywood? A source told Bollywood Hungama, “That actress was Pragya Jaiswal. It was a lovely track between her and Salman. The superstar and Mahesh Manjrekar were quite happy with Pragya’s portions. However, in the larger interest of the film, the makers decided to cut off these portions.”

The source continued, “Being responsible makers, the producers informed Pragya Jaiswal about the situation. The actress understood their point of view and wished the makers all the best.” It now remains to be seen whether Pragya Jaiswal is credited at the beginning of the film under ‘Special Thanks’.

Pragya Jaiswal debuted in film with the Tamil movie Virattu(2014). She shot to fame with her performance in Gabbar Is Back (2015) director Krish’s Telugu flick, Kanche (2016), for which she also won a Filmfare Award. She was later seen in films like Gunturodu (2017), Nakshatram (2017), Jaya Janaki Nayaka (2017), Achari America Yatra(2018), Kurukshetra(2019), etc. She was recently in the news after she tested positive for Covid-19 for the second time despite being fully vaccinated.