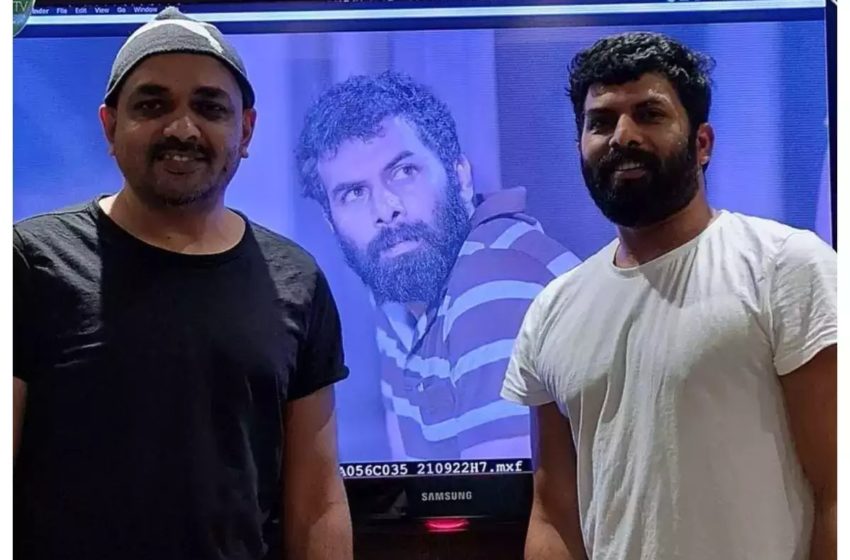 Actor Sunny Wayne is beloved by the audience for playing challenging roles and his versatility in breathing life into the characters that are both different and unique is highly appreciable.

Now the talented actor is all set to headline his upcoming movie ‘Appan’ which is directed by Maju and is touted as a dark-comedy drama. Recently the actor Sunny Wayne posted a picture of him during the dubbing session of ‘Appan’, on his official Instagram handle.

By sharing the picture Sunny Wayne penned a note that read: “ Something Intense is on the way!! Appan is Getting Ready. Stay Tuned!”. Previously the makers released an exciting trailer for the film ‘Appan’ that was trending during its release. Now the film is set to release the next year.

Sunny Wayne will be playing the character of a rubber tapper in the film. Actor Sunny Wayne has joined hands with the director Maju for his previous film ‘French Viplavam’ and the script was written by the writers Anwar Ali, Shajeer Jaleel, R. Jayakumar.

Coming to the film ‘Appan’, the editing section will be handled by Kiran Das and Pappu will be the cinematographer of the film. The music for ‘Appan’ will be scored by Dawn Vincent. The cast list for the film includes Sunny Wayne, Ananya, Alencier Ley Lopez, Grace Antony, Pauly Valsan, Radhika Radhakrishnan, Anil K Shivaram, etc.