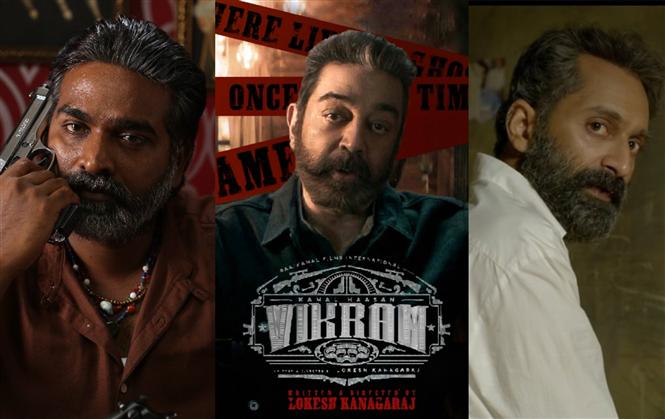 Kamal Haasan’s ‘Vikram’ have sold the digital and satellite rights, at a massive price of Rs 112 crores. The team had a mini celebration on the sets as they had a happy time shooting for the film.

The makers have almost covered the entire budget of the film through it, and the film has already turned into a profitable one for the makers.

Kamal Haasan reportedly plays a retired cop in ‘Vikram’, who takes on an important mission, while Vijay Sethupathi plays the antagonist. The team is yet to disclose the female lead of the film. Fahad Faasil and Narain play a crucial role in the film, and their characters are also not revealed yet.

‘Vikram’ is produced by Kamal Haasan’s Raaj Kamal Film international, and the film is expected to hit the big screen in late April.