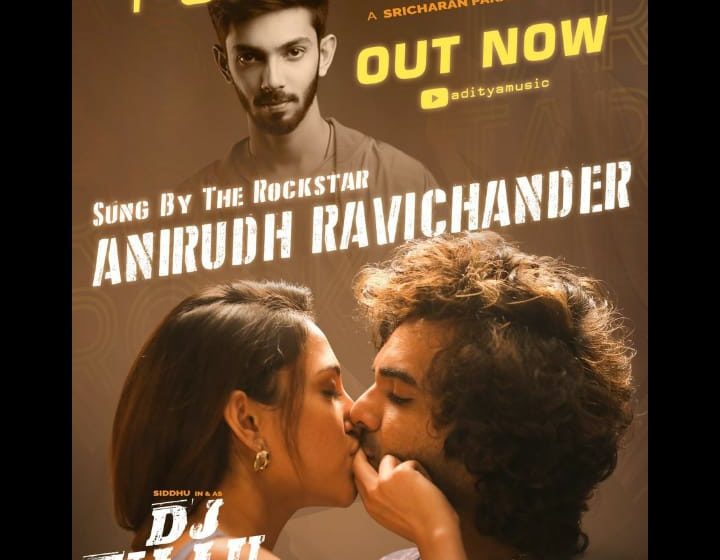 Dj Tillu is an upcoming Telugu film starring Siddhu Jonnalagada and Neha Shetty in the lead roles, the film is touted to be a thriller which is directed by debutant director Vimal Krishna that is jointly produced by Suryadevara Naga Vamsi under his Sithara Entertainments and Fortune Four cinemas.

The makers have earlier released ‘Anna DJ Pedite’ single which is topping charts all over on the music platforms already now the makers have released a new peppy number called ‘Pataas Pilla’ sung by music composer Anirudh Ravichander to the tunes composed by Sri Charan Pakala for the Kittu Vissapragada’s lyrics.

The just-released lyrical video has few romantic glimpses of its lead actors from the film and the makers are reportedly confident to win the youth hearts with the latest track. However, the film’s background score will be reportedly composed by SS Thaman.

The film also sees Prince Cecil, Brahmaji, Pragathi and Narra Srinivas playing other important roles in the film and makers are yet to announce the release date of the film.