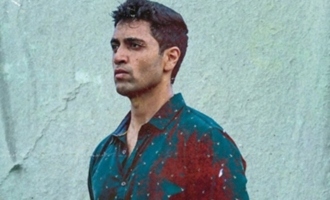 Hero Adivi Sesh turned a year old on Friday and wishing him, the team of ‘HIT 2’ released the first glimpse. Sesh is essaying the role of an investigative police officer by name KD.

The glimpse shows a German Shepherd dog always with KD and interestingly the just over a minute video has zero dialogues. We also see Sesh sipping tea every now and then because he constantly gets tired. In Khakhee uniform Sesh looks solid and he can definitely deliver a striking performance without any doubt.

‘HIT 2’ is not just the sequel but it’s a completely different thriller written and directed by Sailesh Kolanu. Meenakshi Chaudhary, Rao Ramesh, Posani Krishna Murali and Tanikella Bharani are part of the supporting cast