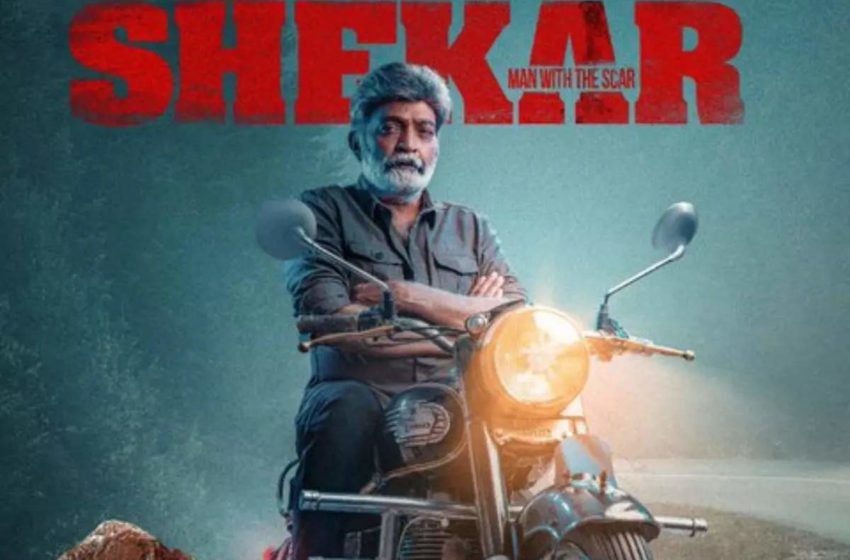 The first glimpse of ‘Shekar’ dropped online on Thursday, November 25. Starring  Dr Rajashekar  in the lead role, the 54-second-long teaser gives us a glimpse of what the film is all about.

Going by the teaser, an elderly couple is murdered in a bungalow in Araku. In this context, the police enlist the help of Shekhar, a retired police officer. Dr Rajashekar will be seen essaying a retired cop who is seen sporting a salt and pepper beard , and this intense look of the ace actor received thumbs up from the audience. The background music along with the teaser is amazing as it gives thrilling vibes. Fans are loving the first glimpse as it looks unique and promising a mystery thriller.

Rajashekar, 59, has reportedly done some risky shots for the film. ‘Shekhar’ is said to be the remake of the 2010 Malayalam film ‘Shikkar’. Actors Athmiya Rajan, Muskaan Khubchandani are playing the leading ladies. The film also features Abhinav Gomatam, Kannada Kishore, Sameer, Bharani, Ravi Varma and Shravan Raghavendra in crucial roles.

The upcoming film has been directed by Jeevitha Rajashekar and produced by Beeram Sudhakara Reddy, Shivani, Shivathmika and Boggaram Venkata Srinivas under the banner Pegasus Cinecorp in association with Taurus Cinecorp, Sudhakar Impex IPL and Tripura Creations. Composer Anup Rubens, cinematographer Mallikarjun Naragani and editor Garry BH are part of the technical crew.