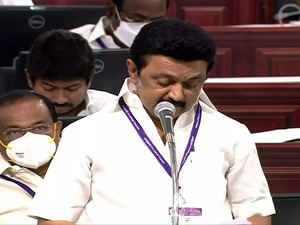 The Tamil Nadu Assembly on Wednesday, September 8 passed a resolution against the Citizenship Amendment Act (CAA). Chief Minister MK Stalin alleged that the Act is separating the refugees on the basis of religion and country of origin instead of embracing them and is primarily against the secularism of the country.

The BJP MLAs staged a walkout against the ruling DMK government’s resolution in the Assembly and staged a protest outside. The AIADMK too walked out of the session, but before that the AIADMK co-cordinator Edappadi K Palaniswami spoke about the Jayalalithaa University, but nowhere spoke against the DMK passing the resolution against the CAA.

It is to be noted that, the AIADMK voted in the favour of CAA when the Union government passed the Act in 2019. Subsequently, the party in the 2020 Assembly election promised to work on repealing the CAA. However, currently the party has opposed the DMK government’s resolution against the CAA.

Speaking in the Assembly, CM Stalin said that the CAA is against secularism of the country.

“The CAA is segregating the refugees of the country on the basis of religion and origin of the country, while we must be embracing them. Hence the Tamil Nadu government is urging the Union government to repeal the Act,”added CM Stalin.

On December 31, 2020, Kerala Chief Minister Pinarayi Vijayan had also tabled a similar resolution in the state Assembly demanding the scrapping of CAA. Kerala was the first state in the country to do so. The Opposition Congress headed by UDF, unanimously supported the resolution. Then the lone BJP MLA O Rajagopal, in the 140-member assembly was the only person to object to the resolution calling it illegal.