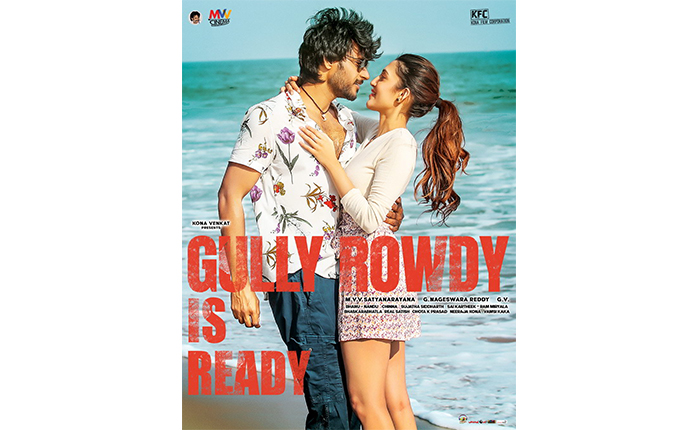 Tollywood actor Sundeep Kishan’s much-anticipated movie ‘Gully Rowdy’ which was slated to hit the big screens on September 3, will be releasing on September 17. The reason for the delay is unknown.

The production house Kona Film Corporation, which is bankrolling the film, took to Twitter on Saturday to announce that the new release date of the film. They wrote, ”Mark the date, with tears of joy begins in every Gully!! #GullyRowdy is all set to attack the screens on Sept 17th!!.

The film stars Bobby Simha, Vennela Kishore, Krishna Murali Posani, Neha shetty, Harsha Chemudu, Shakalaka Shankar and MVV Satyanarayana among others in pivotal roles. The movie is written and directed by popular filmmaker G.Nageswara Reddy He rose to fame with 6 Teens, Girl Friend and Dhenikaina Ready. The technical crew comprises Sujatha Siddharth for cinematography, Chota K Prasad for editing and Chinna for art direction. Musician Ram Miriyala is on board as the music composer for the venture.

On August 15, the makers of the movie announced that the movie has been slated for theatrical release on September 3. The teaser of ‘Gully Rowdy’, which was released in April, has grabbed everyone’s attention. The film does promise to be a laugh riot. MVV Satyanarayana and Kona Venkat are jointly producing the film under the banner of MVV Cinemas in Association with Kona Film Corporation respectively.