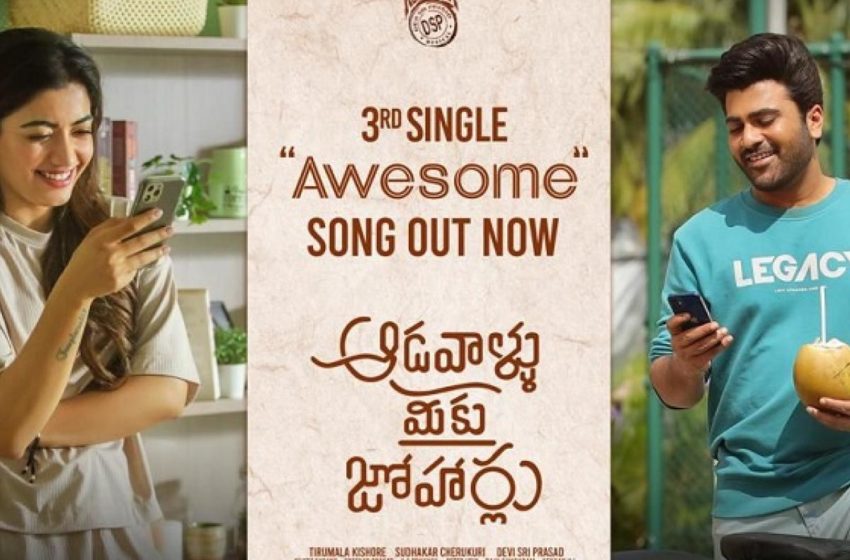 Rockstar Devi Sri Prasad has provided soundtracks and as part of musical promotions third single Awesome has been launched. While the title track was a fast beat number, the second single Aadhya was a groovy and peppy number. The third single Awesome is a soulful and breezy number with lovely composition from DSP.

Devi Sri Prasad time and again proved that why he is a specialist in scoring melody songs. This song is surely going to be a favorite for music lovers with spotless instrumentation and expressive crooning. Sagar has lent vocals for the song penned by Shreemani.

Khushbu, Radhika Sarathkumar and Urvashi will be seen in important roles in the film slated for release on March 4th.