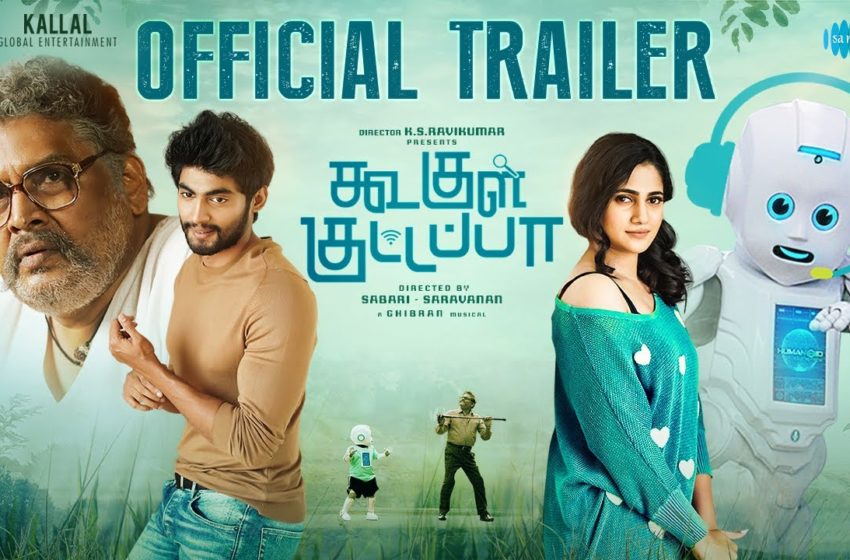 ‘Koogle Kuttapa’ is directed by Sabari and Saravanan. The film stars Tharshan, Losliya and KS Ravikumar in the lead role. It is the official remake of Malayalam film ‘Android Kunjappan Version 5.25’, while the film’s production began earlier last year.

Today Silambarasan TR unveils the much-awaited trailer of the film. The over two and a half minute trailer is short and crisp giving the audience a glimpse of what to expect in the film. KS Ravikumar has bought the remake rights of the film.

The films story which revolves around the relationship between a robot and an old man who forgets his loneliness in the former’s company. Looks like the makers have made a few changes in its screenplay to suit the nativity factor for Tamil audience.

KS Ravikumar essays the role of the old man which was played by Suraj Venjaramoodu in the acclaimed Malayalam version. Yogi Babu plays important roles in the film. The Music of the film is scored by Ghibran.