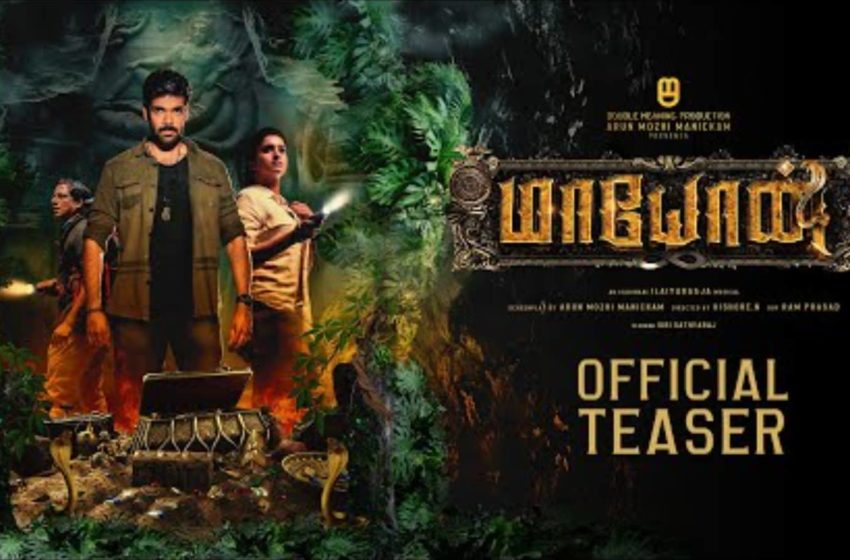 Sibiraj’s upcoming film is ‘Maayon’ with debutant director Kishore, and he plays a solid role in the mystery thriller. While the story of the film is based on a mystery of a large number of temples, the makers have released the teaser of the film. ‘Karuppan’ fame Tanya Ravichandran plays the leading lady.

Reports are that the movie is a thriller that revolves around a group of archaeologists and a 5000 years old mysterious temple and the teaser seems to prove the same. The cast includes Radha Ravi, KS Ravikumar, SA Chandrashekar, Bagavathi Perumal(Bucks), Hareesh Peradi and Arash Shah playing supporting roles with Ilaiyaraaja composing the music for the film.

Produced by Double Meaning Productions, the film has Ram Prasad for cinematography, Balasubramaian for art, Ram Pandian – Kondalarao for edits and Vnodh JD for VFX. The teaser of ‘Maayon’ packaged with an audio description exclusively for visually challenged individuals has been released.