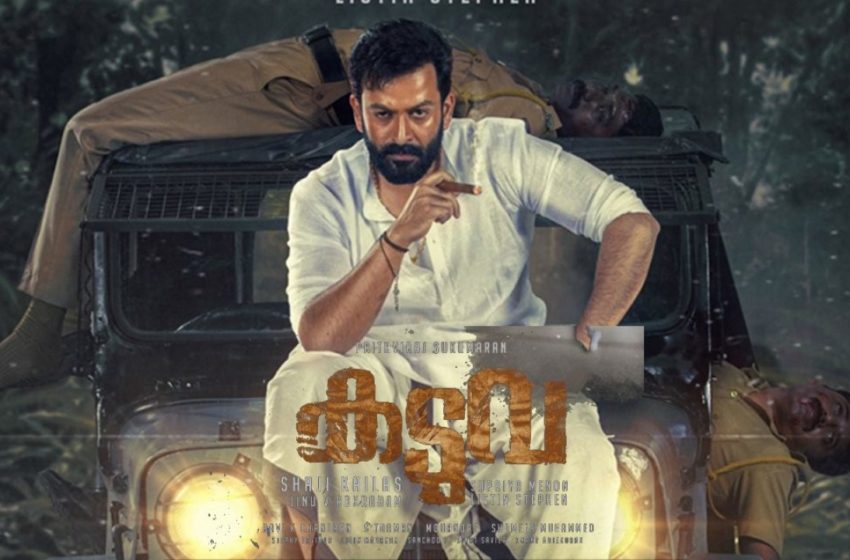 Makers of ‘Kaduva’ has launched the much-awaited teaser from the film on Wednesday (December 1) morning. The teaser features Prithviraj Sukumaran as Kaduvakunnel Kuruvachan and filmmaker Shaji Kailas seems to be back on track! The teaser opens with a terrifying voiceover by Prithviraj, “Father, I prefer the old testament, rather than the new, when it comes to the bible,” showing a glimpse of the stylish badass Kuruvachan.

From the wooden crucifix bracelet to the statement gold ring in the shape of a tiger’s head, the white kurta and dhoti teamed with the loafers, Kuruvachan surely has a style code. And he swears by the quote, “Eye for an eye, tooth for a tooth!” from the old testament.

The teaser also gives a glimpse of the action sequences from the film and Prithviraj Sukumaran is surely acing it in style!. ‘Kaduva’ is directed by popular filmmaker Shaji Kailas and the director seems to be playing the trump card, as he is returning to M-Town after a gap of over seven years.

“Here is the first glimpse into the world of Kaduvakkunnel Kuruvachan! 2022..Revenge will be his! #KADUVA,” Prithviraj Sukumaran said launching the teaser.