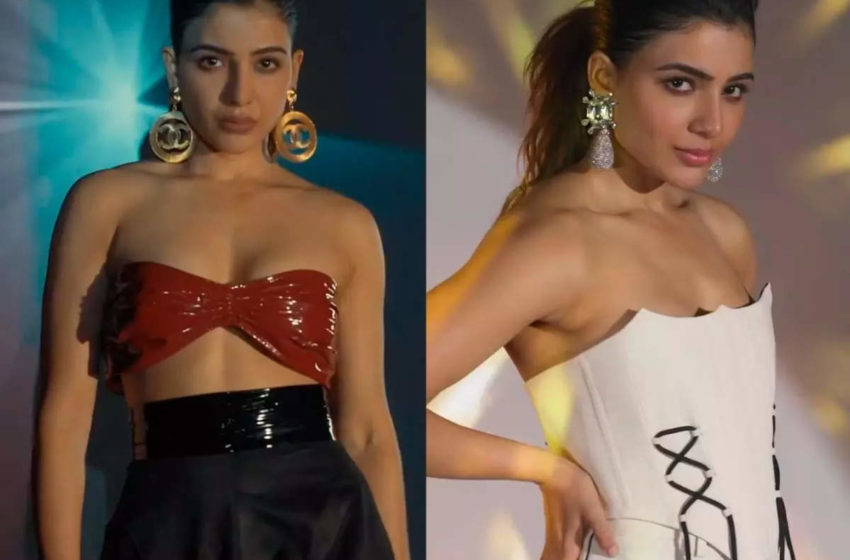 Recently Actress Samantha did a new Alcohol ad, who is all set for the release of her upcoming film ‘Shakuntalam’. Actress has been brutally trolled for her latest commercial advertisement and it has left a certain section of people unimpressed.

In the ad Samantha has weared two ultramodern outfits. In fact, she has raised the hotness quotient with her stint in the clip. She opted for a glittery maroon strapless sequined crop top and high-waisted pants and a white tube jumpsuit for the ad shoot.

While the ad was supposed to be a light-hearted clip, netizens have objected to the dressing sences of the actress. They didn’t take seconds to notice the advertisement and started trolling her on social media.