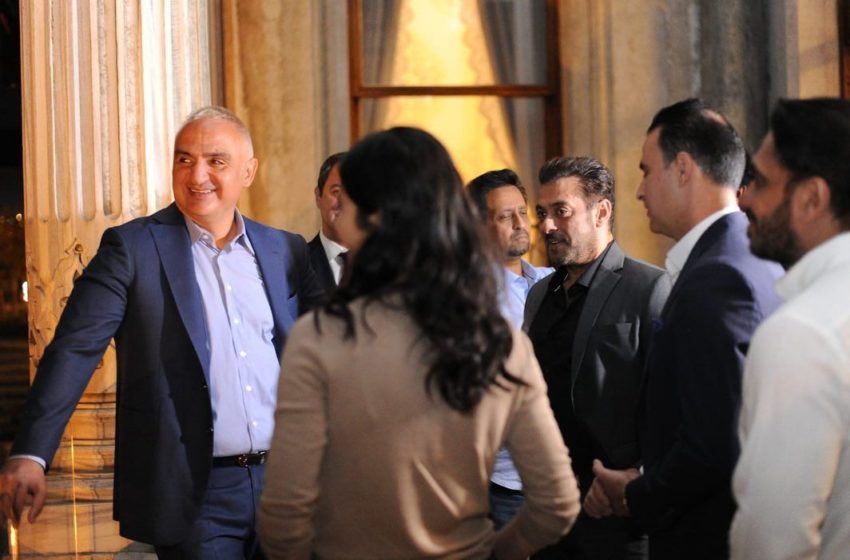 While Salman looked dapper as ever in his black shirt and grey suit, Katrina stunned in a beige top and black pants. In the photos, the actors were seen meeting with the delegates and the ‘Dabangg’ star even gave a fist bump to the tourism minister.

Mehmet shared the pictures with a caption that read, ‘We came together with the famous actors of Bollywood, Salman Khan and Katrina Kaif, who are in our country for their new projects. Turkey will continue to host many international cinema projects.’

Later, after a day of ‘Tiger 3’ shoot, Salman and Katrina were spotted at lunch together. A fan club shared pictures of the actors. Katrina wore a blue shirt and black pants while Salman was seen in a green shirt.

Salman and Katrina recently completed their 5-day shooting schedule in Russia and headed to Turkey for the second part of the shoot. Emraan Hashmi too jetted off to Turkey recently reportedly for the same. However, the actor is yet to confirm the same.

‘Tiger 3’ will see Salman reprise his role of R&AW (Research & Analysis Wing) agent Avinash Singh Rathore aka Tiger, while Katrina will be seen playing his partner, Zoya. Emraan, on the other hand, will reportedly be seen essaying the role of an ISI agent in the movie.