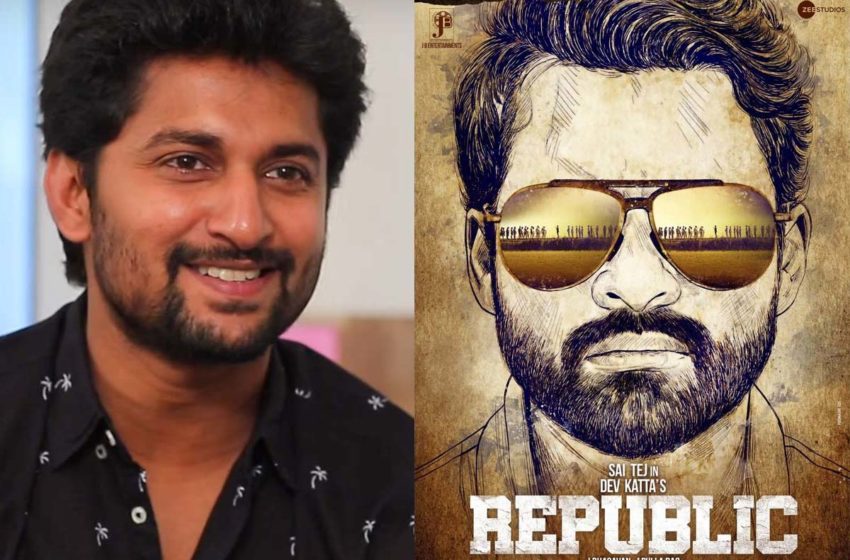 Nani, who recently acted with Aishwarya Rajesh in Tuck Jagadish, took to social media to reveal that he has already seen the film. Sharing his review, he wrote, “Watched Republic. For all the kindness @IamSaiDharamTej has shown towards everyone around him it has come back in the form of your prayers and it’s coming back stronger in the form of #REPUBLIC. This is @devakatta‘s announcement that he is back. Congratulations to the team. (sic)” Fans were immediately excited to know more but the actor remained tight-lipped. “Thank you so much @NameisNani your words and opinion mean a lot, (sic)” replied Deva Katta to Nani.

Republic will see Sai Dharam Tej play a young Collector called Panja Abhiram, while Aishwarya Rajesh plays Myra Hansom. Jagapathi Babu will be seen as Dashrath and Ramya Krishnan, who will face-off Sai Dharam Tej’s character plays Vishakha Vani. Launched in early 2020, shooting and release were postponed due to the Covid-19 pandemic. Reports state that Nivetha Pethuraj was earlier cast for Aishwarya’s role in the film. The film was supposed to hit screens in June but was postponed due to the pandemic. It’s not scheduled for release on October 1.