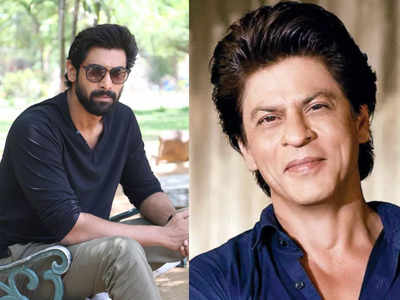 It is known that Tamil director Atlee is currently making a film with Shah Rukh Khan in Hindi. The film will also feature Nayanthara, Priyamani,Snil Grover, Sanya Malhotra, and Yogi Babu in other important roles.

As per the latest reports, the film will also feature Baahubali actor Rana Daggubati in a negative role in the above film. Rana Daggubati, who earlier appeared in Hindi films like ‘Dum Maaro Dum’, Baby, ‘Yeh Jawaani Hai Deewani, Welcome to New York and Housefull-4’, is all set to lock horns with Shah Rukh Khan in the upcoming Hindi film, if the reports are to be believed.

Touted to be an action thriller, SRK will be seen playing a dual role in the film and plays the role of ‘Raja Vardhan Thakur’ in one of his roles. The film will have its music by AR Rahman, who had earlier worked with Shah Rukh in his films such as ‘Dil Se, Swades, One 2 Ka 4, and Jab Tak Hai Jaan’. This will be for the fifth time AR Rahman collaborating with Shah Rukh Khan, and the film is reportedly titled ‘Jawaan’.