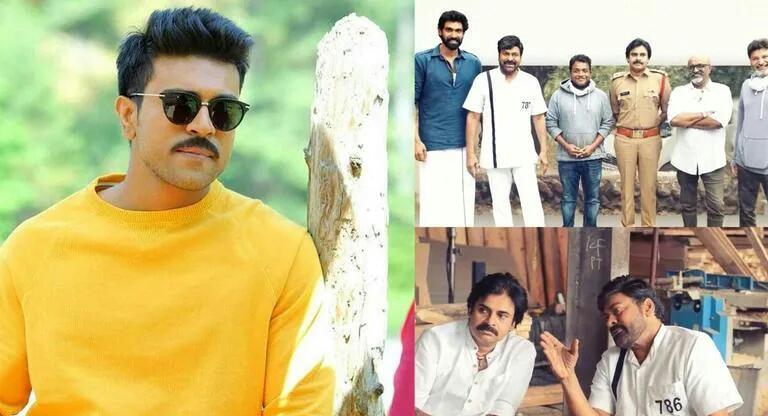 Actor Ram Charan surprised the fans of both the Mega actors Chiranjeevi and Pawan Kalyan by releasing a ‘phenomenal’ video. Pawan Kalyan and Chiranjeevi had met on the sets of their upcoming movies respectively when the BTS (between-the-shots) video was taken.

Kalyan and his ‘Bheemla Nayak‘ team had visited the sets of Chiranjeevi’s upcoming movie ‘Godfather‘. As Chiranjeevi sports the look of a prisoner for ‘Godfather’, he is seen posing with Pawan Kalyan, who is dressed up in contrasting cop attire.

Ram Charan, who shared the memorable video from the sets of ‘Godfather’ and ‘Bheemla Nayak’, wrote, “#GODFATHER and #BHEEMLANAYAK visit each other’s film sets! #BheemlaNayakOn25thFeb”.

The video has left the fans amused, to see Tollywood’s mega heroes share delightful moments on the sets of their respective movies. The video ends with a caption saying all the best to ‘Bheemla Nayak’ from the team ‘Godfather’. The video, where both the actors can be seen sharing some delightful moments with crew members, has gone viral on social media.