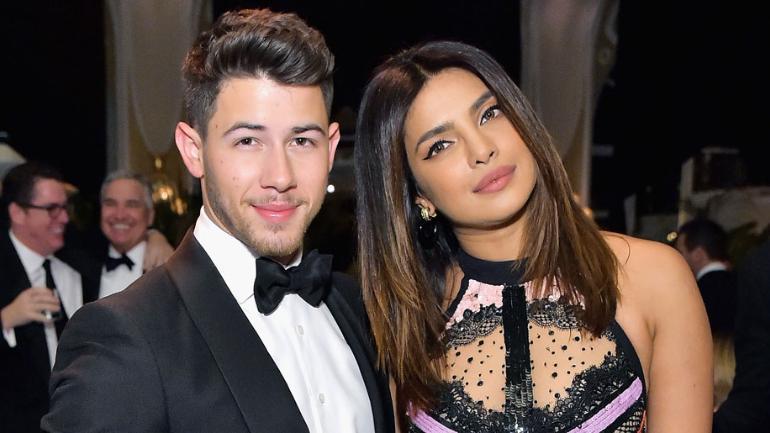 Priyanka Chopra dropping ‘Jonas’ from her name on Instagram sent the internet into a meltdown with many conjecture that the actress is separating from husband Nick Jonas. Madhu Chopra was quick to quash all rumours and Priyanka’s mushy comment on Nick’s post sent all separation rumours packing.

And now the actress has banter about having kids with Nick Jonas. During her segment on Nick Jonas’ roast for an OTT platform, Priyanka shared that the elder Jonas Brothers have kids – Kevin has two daughters and Joe has a daughter – and shared that they’re the only couple who don’t have kids.

In a sizeable moment, Priyanka went on to state, “We’re the only couple who doesn’t have kids. Which is why I’m thrilled to make this announcement. Nick and I are expecting…,” and slyly added, “To get drunk tonight and sleep in tomorrow!” Priyanka’s humour had the audience laughing but Nick seemed to be shocked for a moment. “Your face was really funny when I said that,” Priyanka told Nick, who responded saying, “Yeah I was a bit worried.”

She concluded the gig by stating, “I wouldn’t want to babysit, I mean, be married to anyone else.” Priyanka Chopra and Nick Jonas tied the knot in a luxurious wedding set in Rajasthan in 2018. The couple got married according to the Hindi rituals and also had a white wedding.

On the work front, Priyanka will be seen in sci-fi action drama ‘The Matrix Resurrections’, romantic entertainer ‘Text For You’ and a web series titled ‘Citadel’. She also has Bollywood film ‘Jee Le Zaraa’ with Katrina Kaif and Alia Bhatt.

Announcing the movie, PC had shared in August, “Katrina, Alia, and I enthusiastically met in February 2020 (as seen in this picture), just before the world shut down, to discuss who we could trust to bring this vision to life for us and our choice was unanimous… Farhan and Ritesh, Zoya and Reema.

We had all worked with @excelmovies and @tigerbabyfilms individually so this seemed perfect. It just so happened that Farhan was working on a female road trip movie at the same time! Talk about all the stars aligning!! And here we are today… #JeeLeZaraa… it only took 3 years to align all our schedules but we stuck together and got it done! This one is to sisterhood… to friendship and to breaking the mould!! Can’t wait to get on the road with Aloo and Katty. My heart’s smiling.”