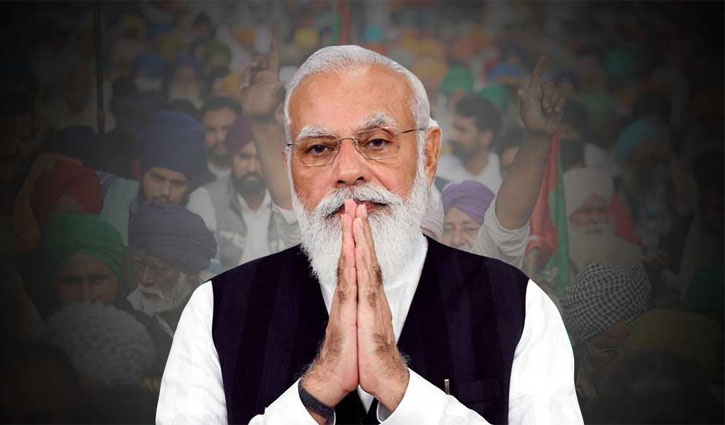 On Friday, India’ Prime Minister Narendra Modi declared that his government would revoke the three farm laws passed by the Parliament a year ago, which has led to the huge protests by farmers across the India. The procedure to scrap the laws would take place during the winter session of Parliament, which starts next week, the PM Modi informed.

PM Modi urged the protesters to return to their home. The process to withdraw the laws will be completed within a month. Modi added, “Our government is committed to the welfare of the farmers, especially small farmers. We are committed to serve them fully. We brought in farm laws with good intentions.”

On the instance of Guru Nanak Jayanthi, PM Modi addressed the nation and said, “We worked to provide farmers with seeds at reasonable rates and facilities like micro irrigation, 22 Cr soil health cards. Such factors have contributed to increased agricultural production. However, we failed to make them understand about the benefits of the new laws and as such, we have decided to cancel them.”

Supreme Court too had ordered temporary suspension of the farm laws, but the agitators had refused to compromise.

A top farmer leader named, Rakesh Tikait said the protests would not stop before the laws were repealed in the session starting on 29th November.