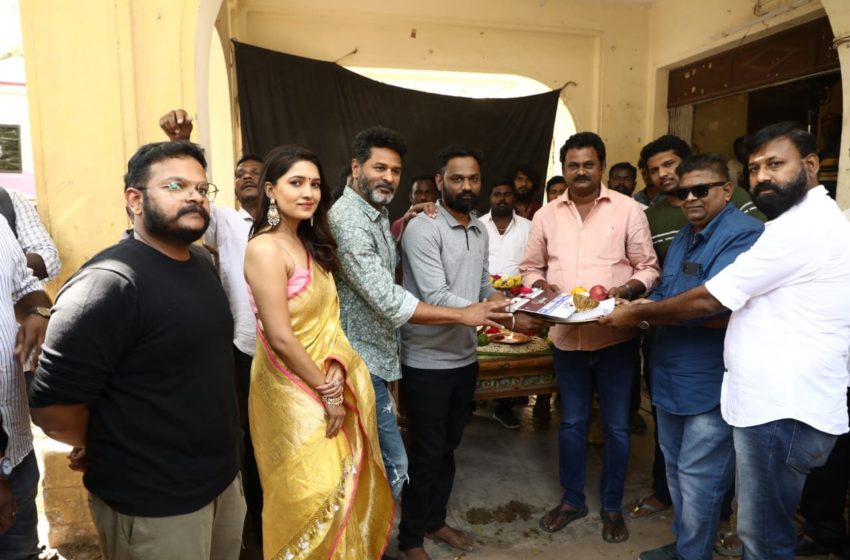 The music of the film is scored by Zibran. The Pooja was helmed by Five Star’ Kathiresan, C. V. Kumar, Rockford Muruganantham, Directors Manoj, Das Ramasamy and many others including Gopi were present.

Prabhudeva will be sporting a rural look throughout the film, which will have music by Ghibran. The film is set against the backdrops of both a village and a city. The film revolves around a guy who comes to the city from a village. An incident happens when he arrives here and what follows next forms the plot.

Robo Shankar as part of the cast. The shooting of the film is set to happen in Chennai, Pudukottai, Madurai, Kumbakonam and Goa.