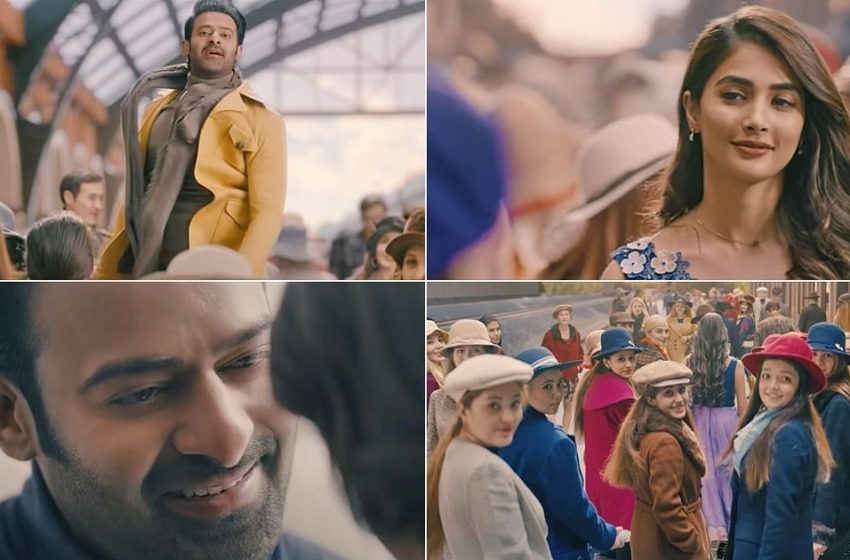 Prabhas and Pooja Hegde starrer Radhe Shyam directed by Radha Krishna Kumar is just hours away from release and fans are curious to know more about the period romance. Now it’s revealed that Radhe Shyam is an intense love story between two individuals with opposing beliefs.

While the teasers and trailers reveal that Prabhas plays a palmist called Vikramaditya and that a natural disaster involving a ship and lighthouse take place in the film, nothing much is known about the film.

According to a ticket booking portal, Prabhas plays the role of Vikramaditya, a palmist who ‘believes in the language of stars, fate and destiny.’ He lives in the moment and doesn’t believe in love or marriage, flirting with women instead.

Prerna, played by Pooja Hegde, is his complete opposite. She believes in science and is unapologetically rude. What happens when the paths of such different people cross is the story.

This is Prabhas’ first love story with his previous films falling into the action or fantasy genre after ‘Darling’. Krishnam Raju and Bhagyashree play key roles in the film that’s releasing across the world on March 11.

The film, which sees music by Justin Prabhakaran and Priyadarshi, Murli Sharma, Sachin Khedekar, Kunaal Roy Kapur and others in key roles. The film’s cast list also sees Flora Jacob as Indira Gandhi and fans are now curious to know what role the Emergency plays in the film set in Europe.

Radhe Shyam shot has two different soundtracks for both languages in Hindi and Telugu and the film has also been dubbed in other South Indian languages.