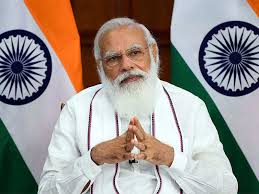 At a crucial time when the government formation of the Taliban is underway in Afghanistan, Prime Minister Narendra Modi is expected to make a three-day visit to the US later this month to meet President Joe Biden and top officials of the administration. According to reports, PM Modi and President Biden are expected to discuss Afghanistan, Covid-19, climate change, the Indo Pacific, terrorism among other issues.

The visit also comes at a time when the US will observe 20 years of the 9/11 terrorist attacks. While a scheduling team will reach the US in advance on September 9, PM Modi’s visit will begin with a bilateral meet with President Joe Biden at Washington on September 23, according to a report in Hindustan Times. The report states that this will be followed by a physical Quad (Quadrilateral Security Dialogue) summit the next day.

PM Modi will then address the UN General Assembly (UNGA) on September 25 before flying back to India. This is his first international visit after Bangladesh in March.

A major topic of discussion for the bilateral meet would be diplomatic ramifications of the Taliban-controlled Afghanistan as PM Modi holds his first physical meeting with Biden after he took over as President, as reported by HT.