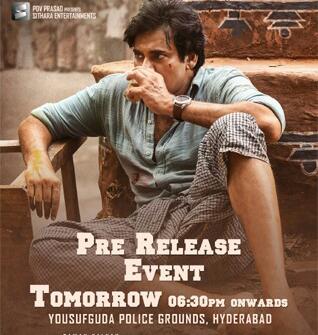 It’s confirmed! The pre-release event of Pawan Kalyan’s upcoming film Bheemla Nayak will be held on February 23 (Wednesday) from 6 pm. The event will take place at Hyderabad’s Yousufguda Police Grounds.

Sharing the much-awaited news on Twitter, the makers wrote, “#BheemlaNayak Pre-Release event will be held tomorrow at Yousufguda Police Grounds, Hyd.🤩.” In the tweet, the team also shared the action-packed theatrical trailer of the entertainer, tagging the core cast and crew members of the film.

The pre-release event had been scheduled to take place on February 21 (Monday), however, it was postponed as a mark of respect following the deal of Andhra Pradesh IT Minister Mekapati Goutham Reddy.

Expressing condolences, the team had tweeted, “Our deepest condolences to the family & friends of AP Minister Mekapati Goutham Reddy garu on his sudden demise. As a mark of respect, the pre-release event of #BheemlaNayak won’t be happening today!”