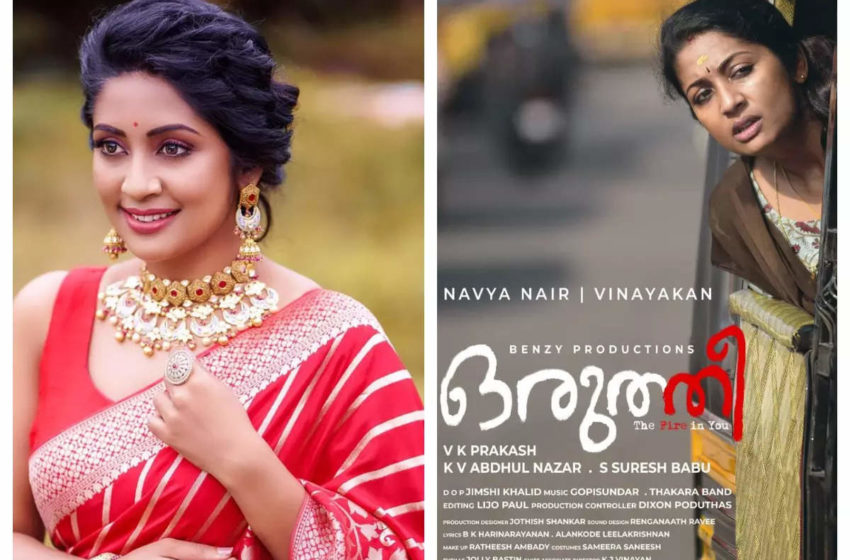 Navya Nair is making her second innings in Malayalam cinema, after a break of almost a decade. And the two times Kerala State Film Award winning best actress has chosen VK Prakash’s directorial ‘Oruthee’ for the comeback.

The makers of ‘Oruthee’ have recently launched a trailer from the film. Featuring Navya Nair, Vinayakan, and Saiju Kurup, among others, the trailer gives a glimpse of what the film has to offer. Going by the trailer, it can be assumed that Navya Nair is playing the role of a married woman, with a son.

Her husband works abroad, and some unfortunate incidents have happened, which has prompted her to file a report at the police station. In the trailer, Navya Nair is giving a power-packed performance, and it seems like the long break hasn’t affected her acting chops at all!

“Glad to share the official trailer of Oruthee, an intriguing tale of family, relationships and survival 🔥,” Navya Nair said, launching the trailer via her social media handle. I chose it, because it is not a slow-paced movie. I love commercial movies that engage the audience

Helmed by ace filmmaker VK Prakash, ‘Oruthee’ is prepping for the release. In an earlier interview, Navya Nair had shared, “When I heard the script of the film, Oruthee, from (scriptwriter) S Suresh Babu sir, I found it very engaging and thrilling.

Apart from the thriller element, the film is centred around my character, a common woman employed as a boat conductor. The crux of the film is a series of incidents that take place in her life over three days due to a small incident.”

Meanwhile, the trailer of ‘Oruthee’ is getting great response from the moviebuffs. “Thrilling trailer, Maintains the right amount of suspense without revealing the plot. Navya acts great as always.

Eagerly awaiting!” a netizen penned on the video sharing platform. The audience thrilled to see Navya Nair ruling the big screens again, and the trailer has set the right amount of buzz for it!