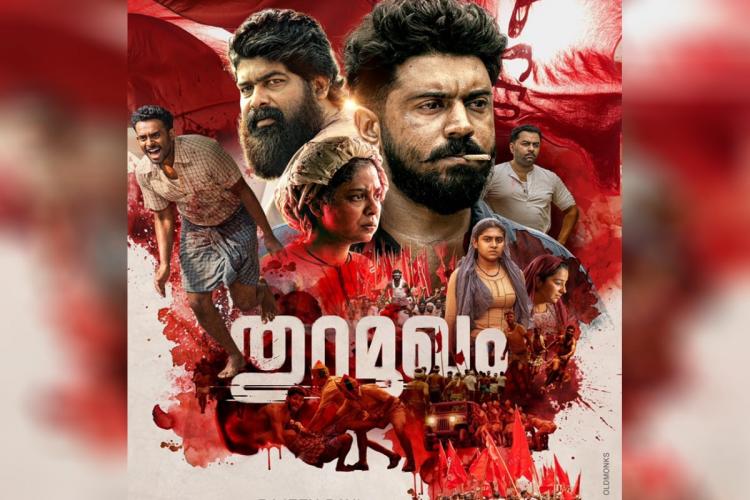 ‘Thuramukham’s core story idea deals with the protests against the ‘Chaappa’ system and other illegitimate labor systems which were prevalent during the period of 1940s in the areas of Cochin Mattancherry harbor. The anticipation level for ‘Thuramukham’ keeps on soaring with each update as to the release of posters and stills from the movie.

The fact that the most renowned director Rajeev Ravi has a huge track record of making content-oriented films such as ‘Annayum Rassolum’, ‘Njan Steve Lopez’, ‘Kammatti Paadam’ etc and most of the films were hugely appreciated by the masses. The main story idea for ‘Thuramukham’ was inspired by writer Gopan Chidambaram’s father K.M Chidambaram’s stage play of the same name.

Actor Nivin Pauly’s recent release ‘Kanakam Kaamini Kalaham’ was appreciated for the new style of comedic approach with satirical elements. Also, the actor has some huge ambitious upcoming projects on his list such as ‘Shekhara Varma Rajavu’, ‘Padavettu’ etc.