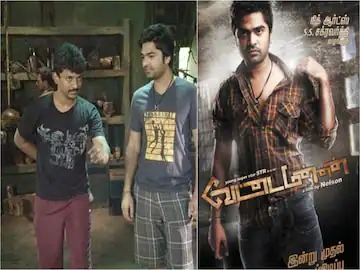 Director Nelson Dilipkumar made his debut directional movie in 2018 ‘Kolamaavu Kokila’ featuring Nayanthara and Yogi Babu was a super hit. Following which he gave his next success with ‘Doctor’ that had Sivakarthikeyan in the lead role.

Nelson is now awaiting the release of the movie ‘Beast’ that has Vijay and Pooja Hegde in the lead role.He has also signed up for directing Rajinikanth’s next which is tentatively titled ‘Thalaivar 169’ which is produced by Sun Pictures.

Before becoming one of the leading directors of Tamil films, Nelson had reportedly planned a movie with actor Simbu which was titled ‘Vetti Mannan’. The film was stopped in between and it was dropped halfway without completing the shooting. There has been no specific reason or official announcement why the film was stopped halfway.

‘Vettai Mannan’ is an action – thriller and the movie based on the life of the underworld assassins and the plot revolves around the lead who becomes an international assassin. Now that both Nelson Dilipkumar and Simbu are at the peak of their directing and acting career, it is expected that the shooting for ‘Vettai Mannan’ might restart. Reports suggest that the movie makers had then stopped shooting due to budget constraints and now they have decided to revive ‘Vettai Mannan’.