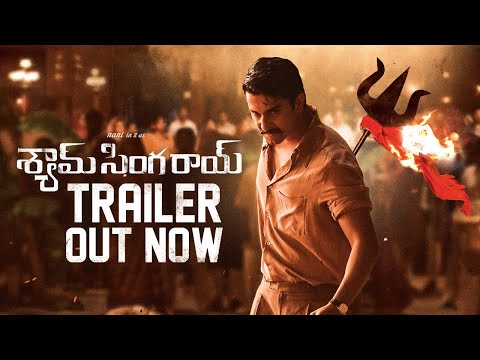 The makers disclosed the trailer at a ‘Royal Event’ in Warangal in presence of a massive crowd. While the film’s story was kept carefully under wraps so far, the trailer gives a glimpse into what it’ll be all about. Nani plays a budding filmmaker called Vasu who gives up a software job for his passion.

Krithi plays the female lead and Vasu soon remembers the story of Shyam Singha Roy, a popular writer in Kolkata in the 60s, who’s in love with a Devadasi played by Sai Pallavi. It is presumed that the film is a tale of reincarnation with Vasu remembering his previous life.

What’s more, it is backed by an original story penned by Satyadev Janga while National Award winner Kruti Mahesh and Yash Master choreographed the songs. The film that is mounted on a huge scale by Venkat Boyanapalli under Niharika Entertainments will release on December 24 in Telugu, Tamil, Kannada and Malayalam.