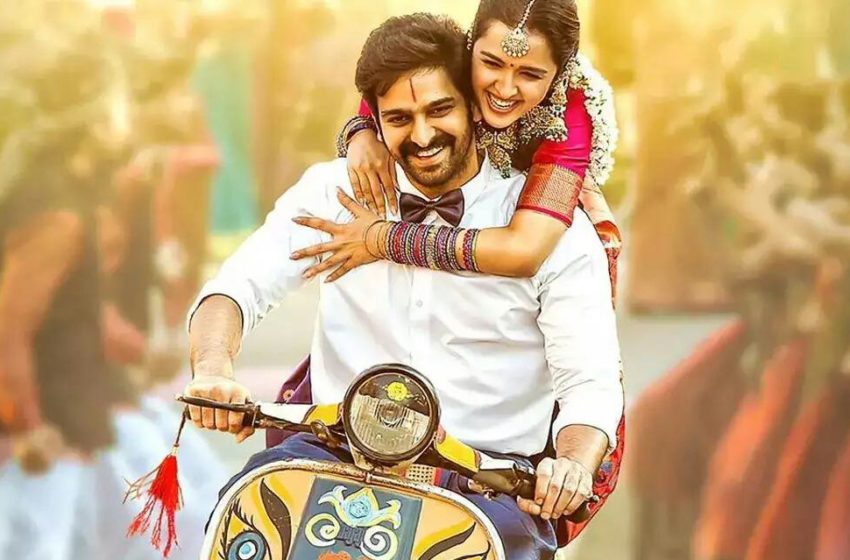 Naga Shaurya’s Upcoming Film “Krishna Vrinda Vihari” with Shirley Setia as female lead under the direction of Anish R Krishna’s is all set to hit screens soon. The makers of the rom-com announced that the film will hit screens on April 22, releasing a new poster.

In the new poster the filmmakers released, Shaurya and Shirley are both seen in traditional outfits, looking adorable together on a retro scooter. Judging by it, the lead pair seems to share adorable chemistry in the film.

The film’s title and first-look posters received good response when they released. Naga Shaurya can be seen in a traditional avatar, seemingly playing a role he hasn’t played before. Sources state that his character will be humorous after a slew of serious characters.