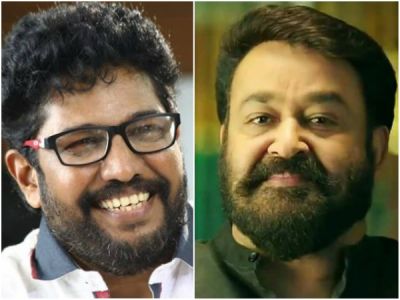 Shaji Kailas’ ambitious project, starring Mohanlal has gone on the floors on Monday (Sep 27). The team kickstarted the shoot with a muhurat puja ceremony. Filmmaker Shaji Kailas and producer Antony Perumbavoor, were present at the switch-on ceremony. The upcoming film is yet to be titled, and the film also marks Shaji Kailas’ reunion with Mohanlal after a gap of 12 years! The duo has previously delivered blockbuster movies like ‘Narasimham’, ‘Natturajavu’, ‘Baba Kalyani’ and ‘Red Chillies’.

“The Pooja for @aashirvadcine 30th film which is directed by Shaji Kailas was held today,” Mohanlal tweeted.

Mohanlal too was thrilled to be associating with Shaji Kailas once again. “The wait is finally over! It’s with great excitement and happiness that I announce my next project with Shaji Kailas which starts rolling in Oct 2021. This film scripted by Rajesh Jayram and produced by @antonyperumbavoor under the banner of @aashirvadcine has me and Shaji getting together after 12 long years. Am sure it’s going to be worth the wait!” Mohanlal said earlier, announcing the project.

The upcoming film is scripted by Rajesh Jayaram and Antony Perumbavoor of Aashirvad Cinemas is backing the project.

Meanwhile, Mohanlal is currently shooting for ‘12th Man’ in Idukki. The film is helmed by Jeethu Joseph. As the dynamic duo have given the blockbuster ‘Drishyam’ franchise in the past, cinephiles are eagerly waiting for the upcoming release.