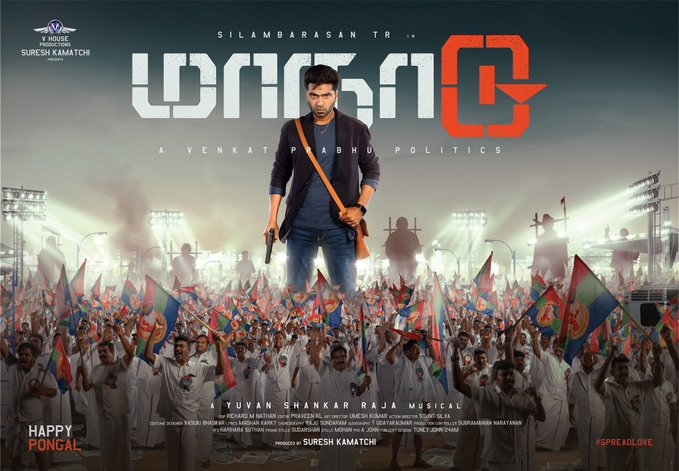 ‘Maanaadu’ which is rocking the box office of Tamil Nadu is gearing up for its release on OTT. From its release in November, the movie has been receiving overwhelming positive reviews and it continues to have a steady performance in theaters even after weeks of its release.

Produced by Suresh Kamatchi, directed by Venkat Prabhu,the film features Silambarasan, SJ Suryah in the lead role. The music and the background score of the movie was done by Yuvan Shankar Raja.

Though ‘Maanaadu’ is successfully running in theaters, an official announcement was made on December 14 that the film has planned to have an OTT release. The date of the release on OTT platform is yet to be announced. It is likely that the movie will premiere on OTT over the Christmas holidays – literally a month after the movie was released in theatres.

The movie as of December 14 has collected more than Rs 90 crore in box office and it is also expected that the movie will be remade in Bollywood as the film received so many compliments for the time loop concept story.

‘Maanaadu’ has faced a lot of Problems before its release in theatres and now again the movie makers have landed in trouble over the issue of satellite rights of the movie. T Rajendran, Simbu’s father allegedly raised a complaint that he owns the ownership of ‘Maanaadu’ satellite rights and filed a case against the producer of the movie.

Earlier, TR had signed as the witness for movie release through satellite channels with the producer and it was then sorted. The Tamil Film Active Producers Association has condemned TR as his statement has caused confusion in film’s business.