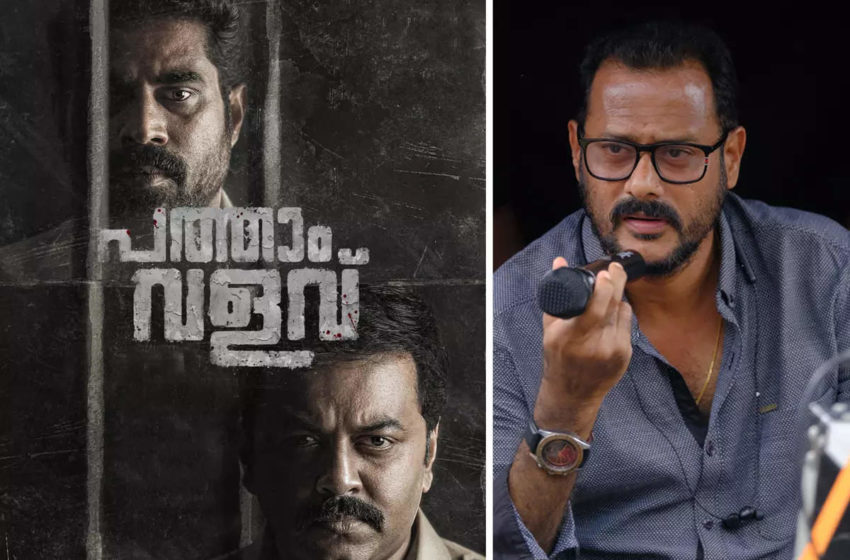 We had reported earlier that director M Padmakumar had started filming his next, a thriller titled Pathaam Valavu, headlined by Indrajith Sukumaran and Suraj Venjaramoodu. The makers released a first look poster featuring Suraj and Indrajith.

Produced by UGM Entertainment, Pathaam Valavu is touted as a “family suspense thriller“. Abhilash Pillai scripted the film, which has Aditi Ravi and Swasika Vijay as the female leads. Ratheesh Ram, who worked under cinematographer Shaji Kumar, is behind the camera while Shameer Muhammed handles the editing.

Announcing their collaboration, Mumbai Movie Studios said, “Malayalam films have begun to make a mark much beyond their geography with remarkable stories and some very real performances. The box office numbers indicate a content market that is punching far above its weight.

Audiences far away from Kerala have begun to seek and consume Malayalam films. Mumbai Movie Studios is excited to announce our entry with three Malayalam films lined up for production across different genres. We are delighted to partner with UGM for the production of our first Malayalam film Pathaam Valavu.”