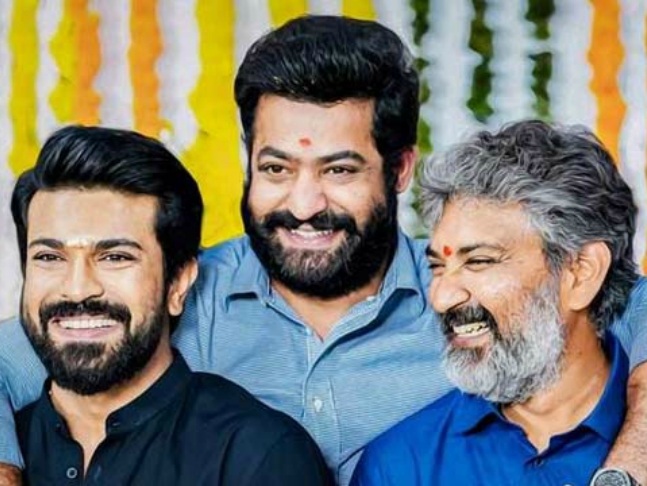 SS Rajamouli is not only a legendary and master craftsman when it comes to films but he is also a great marketing guy as he knows how to place his films where and when in order to generate the hype. And right now his sole focus got shifted to promoting RRR big time as he wants to make sure that the film collects enormously such that all the invested budgeted would be recovered safely.

Unlike earlier where Rajamouli used to treat Bollywood media with the titbits of Baahuabli, this time he has also screened some visuals for Telugu media. After screening Janani song for Telugu media today, which is actually releasing tomorrow, the mega director proved that he has changed his promotional tactic in no time. Even before the release of the song, already the buzz around it turned out to be quite intense and high, thanks to this advanced screening.

Similarly, Rajamouli is said to be planning a mega tour across many cities in Telugu states such that every audience will personally connect to the film and watch it only in theatres. Even if the reduced ticket prices in Andhra Pradesh state don’t get changed, Rajmouli wants to make sure that people will watch the film multiple times and make most of the theatrical revenue. At the same time, he wants to bring all the star cast as well to many events such that the response of the crowds will be huge.

Usually, films made on a shoestring budget take up such hefty promotions such that footfalls will be huge in theatres, but a director of Rajamouli’s stature, promoting a magnum opus like RRR In that way, is an eye-opener for many who don’t indulge in promotions.