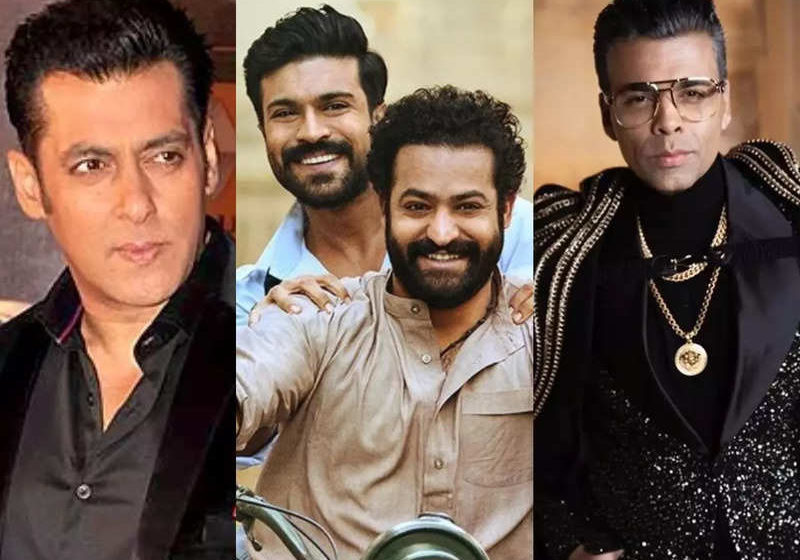 SS Rajamouli’s upcoming magnum opus ‘RRR’ pre-release event is currently going on in full swing in Mumbai this evening. With the arrival of the lead South stars, Mumbai has witnessed the Telugu film fandom!

According to the reports, massive cut-outs of Jr NTR and Ram Charan have been erected at the event. The concept of the pre-release event was just restricted to the Telugu audience and now, it has come to Bollywood with ‘RRR’.

Reportedly, several special buses (more than 100) have been arranged by the ‘RRR’ makers to shift Telugu fans to the event with the coordination of the above stars fans’ associations.

The Gurukul Ground near Mumbai Film City is reportedly electrifying with the echoing slogans of “Jai NTR, ‘Jai RamCharan’, ‘CM NTR’!. It was also reported that the makers will cut the interesting clips from the event and use it extensively for movie promotions later.

The recorded telecast will also be edited interestingly for the TV Telecast to taste the masala of the above pre-release event on the 31st night of the new year through a popular TV channel!

The makers had reportedly spent a whopping Rs 9 crores just for the above event that accommodated a whopping 3000 fans in the event. The makers have also managed to feature the ‘RRR’ on Times Square in the USA, which the makers shared on their Insta handle.

The entry of both the ‘RRR’ stars was reportedly amazing both the leading star’s made their entry through specially crafted crafts through the sky.

Salman Khan’s entry into the event was another special attraction. He made a mass entry from the sky to the stage in a specially designed vehicle equipped with the crane in the light of grills.

The entire unit showered him with applause in a standing ovation and Salman reportedly said that he likes NTR acting so much and had never seen a hard-working people like Ram Charan. He also reportedly added that the whole of India is looking forward to the movie ‘RRR’ and warned other films not to come to compete with ‘RRR’ at the box office.

Bollywood actor SalmanKhan has reportedly announced #BajrangiBhaijaan2. The sequel is also written by K. V. Vijayendra Prasad, #SSRajamouli’s father. The rest of the event is hosted by renowned Bollywood filmmaker Karan Johar that was all about the fun on sets while making ‘RRR’ and speeches about the film that is being released on Jan 07, 2022.