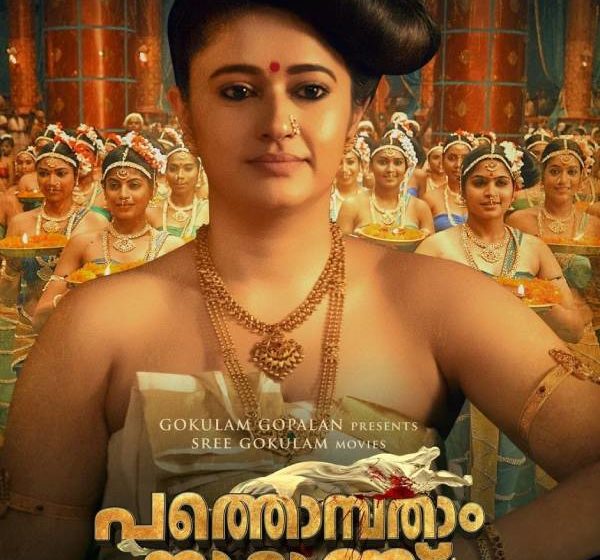 Sharing here the picture of the last shot from the film, My heartfelt thanks to all the actors, technicians, who have openly cooperated with me in the shooting process of such a huge film “. The post was soon flooded with comments from his ardent fans those are eagerly waiting for a directorial comeback of the master craftsman.

‘Pathonpatham Noottandu’ had already created a buzz on social media with the release of several first-look character posters and also the workout video of the main lead actor Jiju Wilson made rounds on social media.

M.Jayachandran and Rafeeq Ahamed will compose four songs in the film and the cinematographer will be Shaji Kumar. Vinayan will be put on the cap of both the director and screenplay writer for ‘Pathonpatham Noottandu’. With Siju Wilson as the lead cast, the other cast details of the film include, Anoop Menon, Chemban Vinod, Sudheer Karamana, Poonam Bajwa, Deepti Sati, Indrans, Renu Sounder, etc.

Actress Poonam Bajwa will be playing a key role in the film as ‘Queen of Travancore’ and her character look poster was released during the production of the film. Poonam Bajwa has also appeared in several other Malayalam movies such as ‘Shikari’, ‘Manthrikan’, ‘Perchazhi’, ‘China Town’ etc.