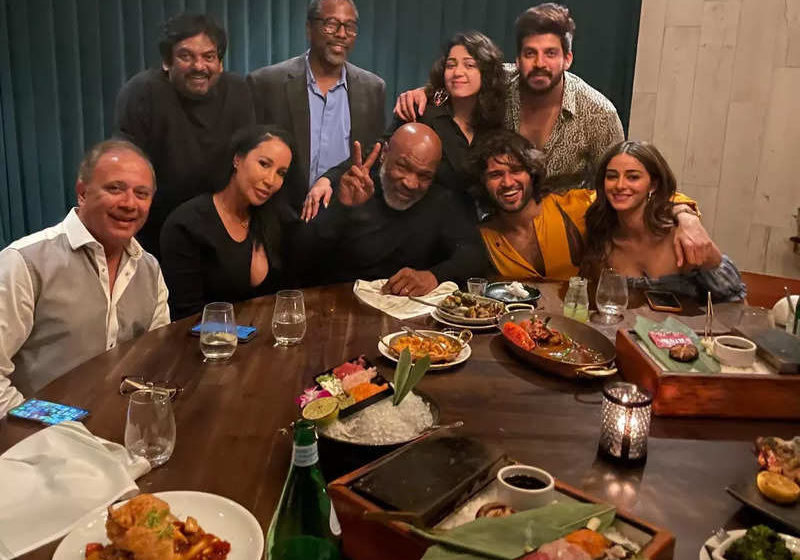 Vijay Deverakonda and Ananya Panday wrapped up the US Schedulefor Liger with former boxer Mike Tyson.

The team which travelled to the USA a few days ago to shoot some key scenes has wrapped up shooting in Los Angeles and Las Vegas. Sharing the same on social media, the team wrote, “It’s a wrap for the #LIGER schedule with @MikeTyson in #USA! (sic)” The entire team met Mike’s family on the last day of shoot and shared pictures with his wife Kiki Tyson. The makers shot some important sequences with him and with this, a major part of the shoot is said to be completed.

In fact, Vijay Deverakonda was so impressed with producer Charmme Kaur that he gifted her, designer bag. He also gave her a hand-written note which reads, “You did it. Your effort made Liger what it is today. Keep fighting. Stay aggressive! Love, Vijay Deverakonda. Charmme was so happy with the gift, she shared pictures of the purse on social media, writing, “He expressed his love back and I am in tears. Your few beautiful words, Will make me work harder VD. Let’s nail it. (sic)”

Vijay plays an MMA fighter in Liger and his first-look from the film has already amped expectations. The high-octane drama’s release date is yet to be announced. Karan Johar is backing the pan-India flick in Hindi.