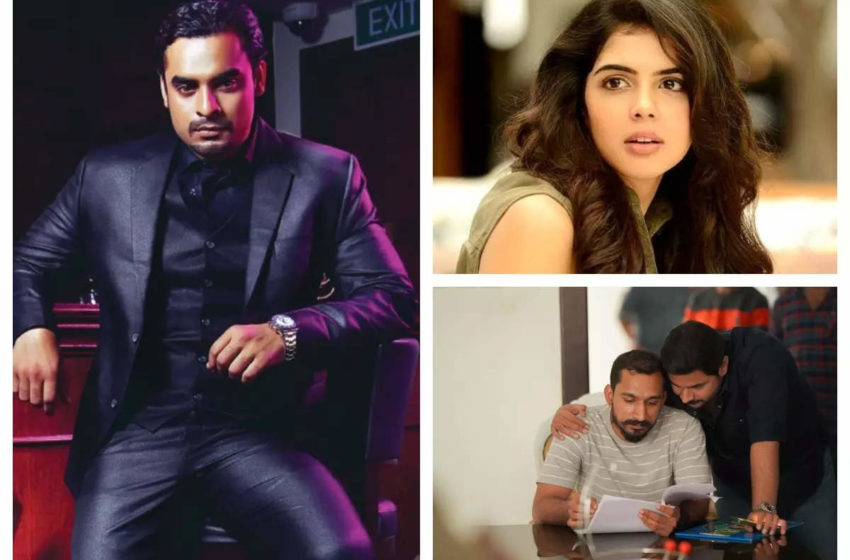 ‘Thallumaala is an upcoming movie starring actors Tovino Thomas and Kalyani Priyadarshan in lead roles. Recently director Khalid Rahman shared a behind the scene picture from the sets via his official Instagram handle announcing that the shoot for ‘Thallumaala’ is going in full swing.

Sharing a picture with the producer of the Tovino starrer film, Khalid Rahman penned a note that read, “Behind the scenes.” Earlier the makers also released a BTS video from the sets which nuanced that the film will be a vibrant and entertaining one.

The script for the film ‘Thallumaala’ is penned down by the writers Muhsin Parari and Ashraf Hamza. The cinematographer Jimshi Khalid who is best known for the films ‘Anuraga Karikkin Vellam’, ‘Kappela’ and ‘Love’ will crank the lens for the film whereas the music will be composed by Vishnu Vijay.

The previously released poster for the film features actor Tovino Thomas with his face half-covered and the overall setting of the poster posits a colorful full-on entertainer.

The expectation levels for ‘Thallumaala’ are really high as Khalid Rahman’s previous films ‘Anuraga Karikkin Vellam’ and ‘Unda’ clicked among the audience for its subject matter and execution-style.