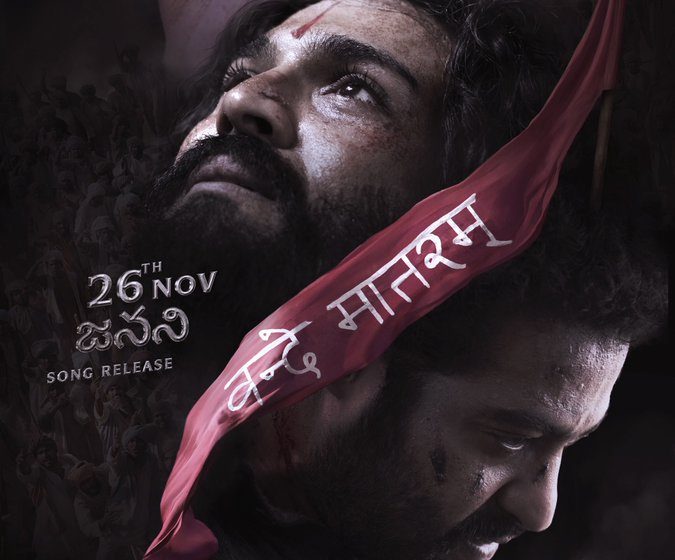 The third single from SS Rajamouli’s highly-awaited pan-India film RRR is all set to release on November 26. The makers shared a glimpse of the track, which indicated that it’s going to be an emotional number.

Jr NTR took to social media and wrote, “#Janani, the emotion, think of by the one and only @ssrajamouli Garu and composed by @mmkeeravaani Garu, gives you a peek into the emotional extravaganza. #RRRSoulAnthem is out on November 26th. Stay tuned for an emotionally action-packed journey (sic).” A poster of the song was released, which features Jr NTR, Ram Charan and Ajay Devgn in great looks.

Earlier, the makers released the mass number Naatu Naatu,which is on its way to becoming a chartbuster. In RRR, Jr NTR plays the role of a tribal man whose character is based on the freedom fighter Komaram Bheem while Ram Charan essays a police officer based on Alluri Sitaramaraju. Ali Bhatt is playing the role of Ram Charan’s wife, Sita. Also featuring Olivia Morris and Shreya Saran in important roles, RRR is set to hit screens on January 7.