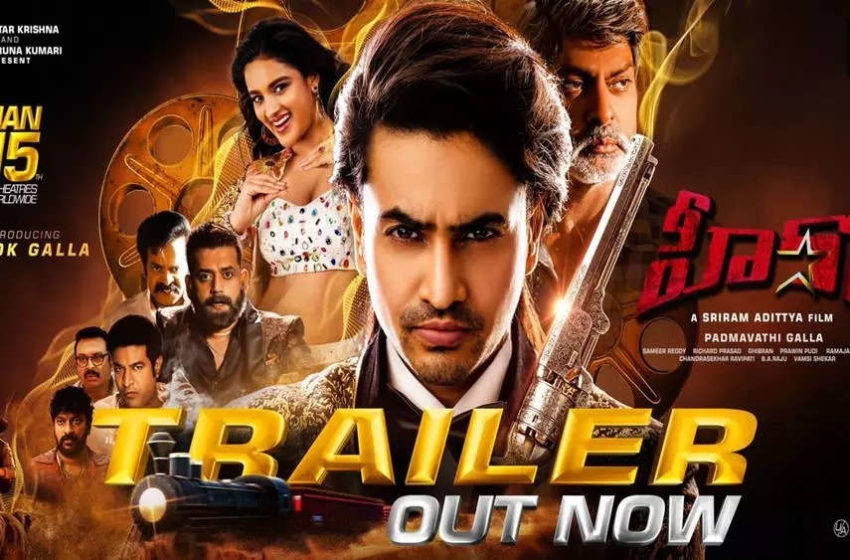 We rarely see films with the film industry as a backdrop and Sriram Aditya seems to have opted for a story based on an aspiring actor and his hardships to break into the film industry. Guntur MP Galla Jaydev’s elder son and Mahesh Babu’s Nephew, Ashok Galla is getting introduced to Tollywood with the upcoming film ‘Hero’.

The movie trailer was launched by Pan-India director SS. Rajamoul and depicts a story revolving around a guy who aspires to be an actor. In the trailer, he is seen performing various shades of acting sequences that have family & faction tracks besides working day & night just to fulfil his dream of becoming an actor.

Nidhhi Agerwal plays the love interest of Ashok in the film, whereas several known antagonists are seen in the film. There are also enough comedians to bring in enough laughter to the audience and Ashok. G entertains the masses in various avatars.

The trailer looks classy with making standards and visual grandeur supported by superhit songs and a background score from Gibran. The film is shot by 2 cinematographers Sameer Reddy and Richard Prasad which is very rare in Tollywood and it is cut by Prawin Pudi.

The film is slated for Jan 15th coinciding with Sankranthi where it is lock horns with Producer Dil Raju nephews film ‘Rowdy Boys’ and Nagarjuna’s ‘Bangarraju’!