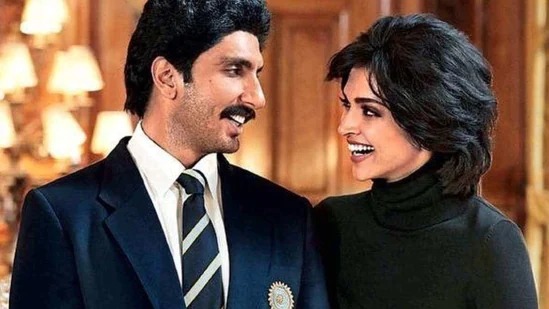 Actor Ranveer Singh and Deepika Padukone have a special treat for fans this Christmas as they confirmed the release date of their much-awaited sports film ‘83’. Based on the Indian cricket team’s iconic world cup win in the year 1983, the film is helmed by filmmaker Kabir Khan and will hit the big screens on December 24, 2021, right on Christmas eve.

The film will release in Hindi, Tamil, Telugu, Kannada and Malayalam and will have a worldwide theatrical release on December 24, close to Priyanka Chopra’s big project ‘Matrix 4’ which is slated for a release two days earlier, on December 22 in theatres.

Talking about the filmmaker Vishnu Induri told ETimes previously, “Every film has its own special thing and set of audience and ’83’ is a Hindi film and there is no other Hindi film that is clashing with it. So, I don’t think there is any matter of concern or discussion for our film.”We are all set for the release,” the maker added to the conversation as the film inches towards its release date.