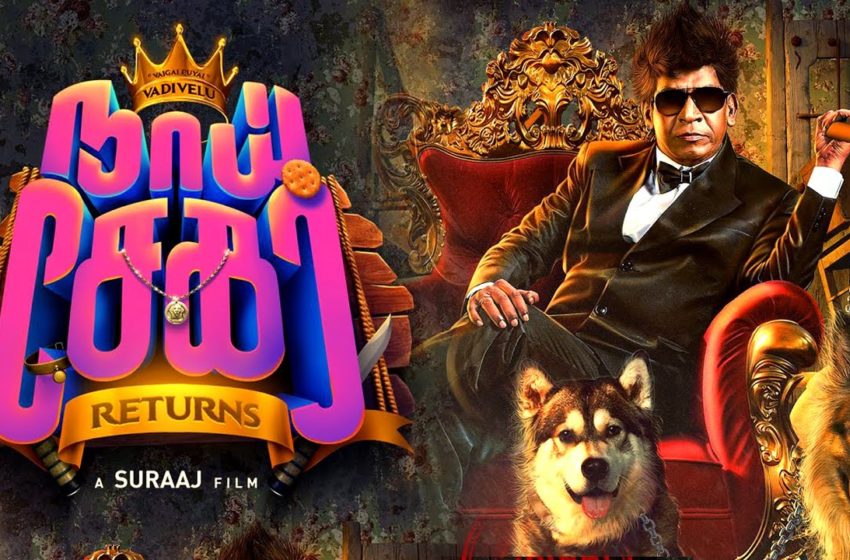 Popular comedian Valivelu is all set for his comeback and it was announced that he will team up with director Suraaj.Produced by Lyca Production, the film is touted to be an out and out entertainer. While the film was initially titled ‘Naai Sekar’, it has now been changed to ‘Naai Sekar Returns’ and the makers have released the first look poster as well.

Vadivelu first united with director Suraj for ‘Thalai Nagaram’, and his comic character ‘Naai Sekar’ in the film was a huge hit. So, the team has planned to name the character name as the title of the film. But since the title was already registered by a famous production house, the makers had to go for a title change and have now titled the film ‘Naai Sekar Returns’.

The title look poster features Vadivelu dressed in a suit and seated on a king chair holding four chained dogs of different breeds with an Indian breed dog beside his chair without chain. Music composer Santhosh Narayanan will be composing music for the film.

Reports are Priya Bhavani Shankar is said to be playing a crucial role, and the film shooting is all set to begin soon. An official announcement regarding the cast and crew is yet to be made.