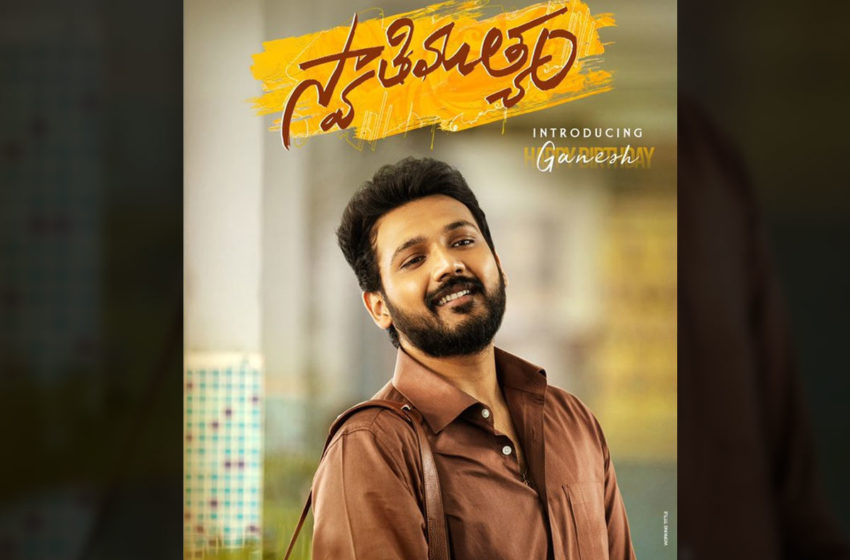 As per the latest reports, Bellamkonda Ganesh’s debut film will be directed by Laxman K Krishna and funded by Suryadevara Nagavamsi under his home banner Sithara Entertainments. Varsha Bollamma will be seen playing the female lead opposite Ganesh in the film.

Titled Swathi Muthyam, the first look poster of the movie was unveiled on Tuesday on the occasion of the actor’s birthday. Swathi Muthyam reportedly revolves around the journey of a young man, who has unique thoughts and opinions about love, life, and marriage.

Talking about the film, the director K Krishna reportedly said that the film will have all the commercial ingredients that a typical commercial Telugu movie will have, such as family emotions, romance and humour. The film producer reportedly says the pre-production is currently underway, and they will kick-start the shooting soon.

Swathi Muthyam stars Rao Ramesh, Subba Raju, Vennela Kishore, Harshavardhan, Goparaju Ramana, Pragati, and others playing important roles. The film’s music will be composed by Mahati Swara Sagar, and its cinematography will be handled by Surya. Navin Nooli is editing this film.