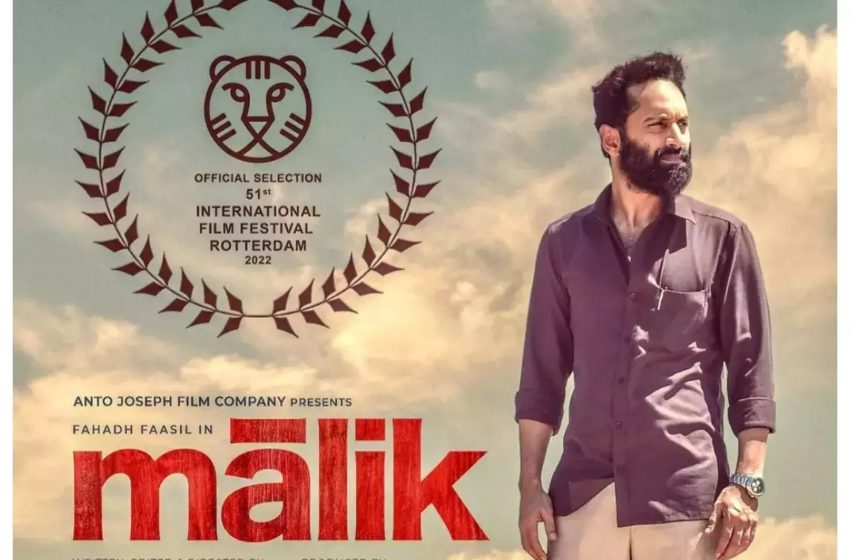 Fahadh Faasil’s political drama film ‘Malik’ has got official selection for the 51st International Film Festival Rotterdam (IFFR) 2022. ‘Malik’ was selected along with the other Indian films such as ‘Adh Chanani Raat’ directed by Gurvinder Singh and ‘The Cloud Messenger ’ directed by Rahat Mahajan.

The 51st edition of the Rotterdam International Film Festivel will take place from January 26 to February 6 in the Netherlands. The film festival opens with the film ‘Please Baby Please’ directed by the American filmmaker Amanda Kramer.

Other Malayalam films selected for the Rotterdam International Film Festival are ‘Thuramukham’, ‘Chavittu’, and ‘Prappeda’. The film ‘Thuramukham’ is directed by the most renowned director Rajeev Ravi and has the actor Nivin Pauly playing a major lead in the film and the story is set in 1940s Kerala. The film ‘Prappeda’ is directed by Krishnendu Kalesh and ‘Chavittu’ is a film by Sajas Rahman and Shinos Rahman.

The film ‘Malik’ was directed by Mahesh Narayanan and the story is set in a small coastal town in Kerala. The film clicked with the audiences due to the magnificent performances of the lead actors Nimisha Sajayan, Fahadh Faasil, Vinay Forrt, and the subject matter.

Although ‘Malik’ received several backlashes for hurting a certain community in the society, the film was a humongous success and the songs topped the trending charts.