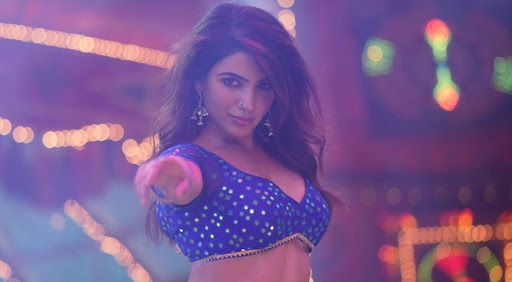 Allu Arjun starrer ‘Pushpa’ is set to release this Friday on December 17 in several South Indian languages, and the promotion for the film has begun in style. The makers had released the video of the item song titled”Oo Solriya” in Tamil and “Oo Antava” in Telugu and the song featuring Samantha in a special appearance is grabbing attention.

However, a case has been filed against Samantha’s dance number in Allu Arjun’s ‘Pushpa’ by a men’s association. They have reportedly filed a lawsuit against the song for portraying men as lustful through its lyrics and. They have claimed a ban for the song in the Andhra Pradesh court, and the court hasn’t settled the case yet.

This has created a buzz in the cinema industry as the film has been embroiled in controversy just before its release. Samantha has made a special appearance for the item song composed by Devi Sri Prasad, while the lyrics are penned by Viveka and Chandrabose in Tamil and Telugu respectively.

‘Pushpa’, directed by Sukumar, features Allu Arjun and Rashmika Mandanna in lead roles, and the film is set to be released in two parts. The film is produced by Mythri Movie Makers in association with Muttamsetty Media, and it will be released in Tamil, Telugu, Malayalam, Kannada, and Hindi.