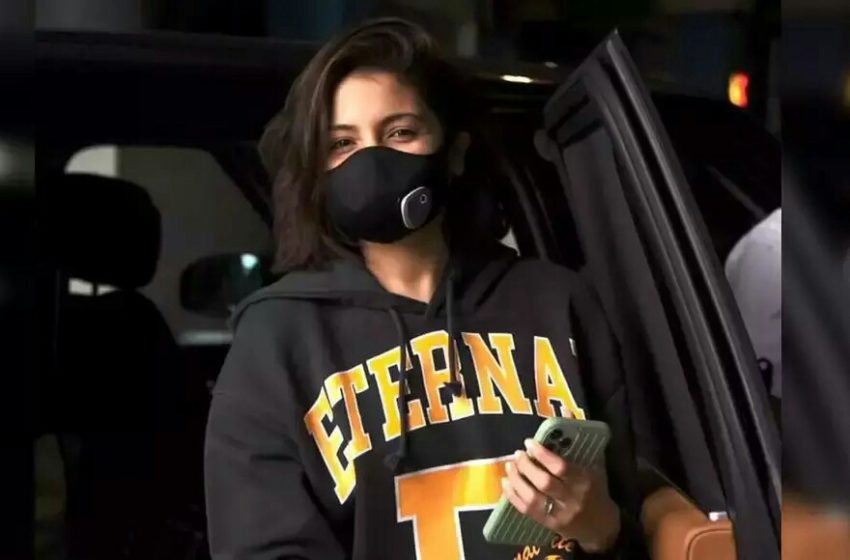 Back in Mumbai, Anushka Sharma has hit the sets with much enthusiasm. The actress returned to India last week and has resumed the shooting of her professional commitments. Rocking the minimalist trend, she sported a comfy crop top and her favourite pair of ripped denims. During her stay in London, Anushka had cut shot her tresses and the new hairstyle is clearly suiting the stylish mom.

Anushka has recently returned to India with daughter Vamika  After three months in London, the actress travelled to Dubai with Virat Kohli.  While he continued his stay there for an ongoing cricket tournament, Anushka returned to Indian to start work on her professional commitments. The actress was last seen on the big screen in ‘Zero’ with Shah Rukh Khan a and Katrina Kaif. She is yet to announce her next project but is reportedly working on commercials and endorsements.

In January this year, Anushka Sharma and Virat Kohli turned parents to Vamika. The couple had also celebrated their daughter’s six-month-birthday in UK. Anushka marked the occasion with a special post on Instagram which read, “Her one smile can change our whole world around! I hope we can both live up to the love with which you look at us, little one. Happy 6 months to us three.” Anushka and Virat have decided not to expose their daughter to social media and also protect her from the paparazzi. Explaining the reason behind the same, Virat had revealed during an Instagram Ask Me Anything session, “We have decided as a couple to not expose our child to social media before she has an understanding of what social media is and can make her own choice.”